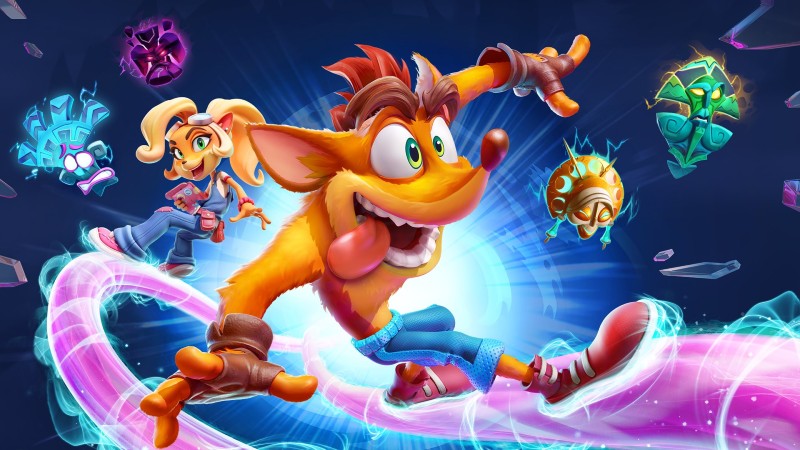 Crash is back, but is he too late?

Seeing a new Crash Bandicoot game in 2020 is almost like a mirage. While it may seem too good to be true, Playstation’s iconic mascot has made his long-awaited return, with a whole range of new and returning friends, and some new tricks up his sleeve. But, has the industry moved on from the jump-‘n-stomp platform formula, leaving Crash a little out of luck and out of time?

A simple answer: absolutely not. While it has been 12 years since the release of the last primary entry in the series, Crash 4 feels more relevant as ever and as enjoyable to play, and that’s a testament to the tone, challenge, and clear focus on what this franchise is all about. Of course, you’re mostly dashing through lush jungles, futuristic cities, and old temples, full of death-traps and other creatures who are trying to get in your way, all while you try and chomp-down on as much wumpa fruit as possible. While the enemies are all easily disposed with a bonk on the head, Crash 4 quickly reminds you that it’s all about timing, not complex combat systems and XP upgrades. And this is why these games are so charming — they’re incredibly accessible, but provide the same type of rewarding challenge.

In this regard, Crash Bandicoot 4 is all about how you play. Keeping you momentum and quickly assessing the environmental hazards (whether that be swinging spiked-logs, electric fields, or a rampaging enemy) is a hilarious and satisfying loop thanks to the colourful level design, constant curve-balls, and beautiful animations. There are some new gameplay tweaks to the beloved formula too, as you need to cleverly utilise four different Quantum Masks (such as one that slows down time and another that flips gravity) that help Crash and his friends tackle even trickier obstacles and enemies. These new mechanics are an awesome addition to the Crash formula, and feel like natural additions to the franchise feel.

Story-wise, the Crash Bandicoot games have always been quite unique, in that it often focuses on the shenanigans and schemes of the villains more than the hero’s journey, and Crash 4 sticks to this premise. Rewinding time back to the end of Crash Bandicoot 3: Warped, Crash 4 finds Neo Cortex, Dr. N. Tropy and Uka Uka managing to tear a hole in the fabric of space-time in order to undo their failings of the past; but of course, Crash and his friends aren’t far behind their plot. It’s fun, and gives that Saturday morning cartoon hero vs. villain buffonery that is timelessly enjoyable.

Crash Bandicoot 4: It’s About Time iis available on Xbox One and PS4.