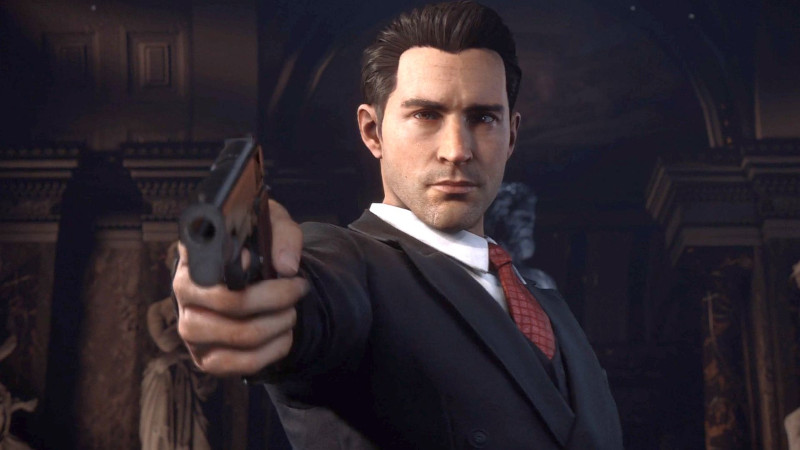 Can you teach an old dog new tricks?

Back in 2002, the original Mafia proved that the Grand Theft Auto series wasn’t the only name in gaming that could deliver a compelling and action-packed tale in the crime-riddled underworld; and now, 18 years later, the remake not only reiterates that, but emphasises it thanks to harnessing of the latest in gaming technology.

While many remakes and remasters seem a little undercooked, the vast improvements to Mafia for the Definitive Edition are so grand that it really does feel like an entirely original game. Series developer Hanger 13 has implemented what they learnt from the shamelessly-underappreciated Mafia III into the classic Mafia story, making it feel like something that’s timeless and nostalgic, but also rightfully belongs alongside any modern release. Anyone who never played the original Mafia won’t realise that this is a remake, thanks to the incredible work Hangar 13 has done with rebuilding all the game’s assets, cutscenes, and mechanics. The visuals are fantastic, the world is vibrant and busy, and the facial animations finally do the stellar script and voice acting justice. It might have the old Mafia name attached to it, but this game breaths, moves, and looks like an entirely new mobster.

While Mafia has a big city and surrounding areas to explore, this really is a linear experience. You can roam around freely if you want, but most missions require to drive to a location, complete an objective, fire off some shots, and escape the coppers. The completion of each mission usually throws you right into the beginning of the next one, so there’s no as much sight-seeing as a game like GTA, but it bodes well for Mafia, and pushing the story along is its primary goal. As for the moment-to-moment gameplay, Mafia: Definitive Edition just feels good. The shooting is punchy and shots deliver physics-based hits to enemies, melee combat is fun, and the driving is enjoyable — even wrangling the period-accurate 1930s vehicles feels like a mini-game of its own. The only shortcoming is some of the small climbing moments, which do feel somewhat clumsy, but these are so few and far between that it’s barely noticeable.

Mafia: Definitive Edition brings new-age mechanics, like a cover system and improved driving physics, into a game already reverred for its captivating mafiosa story. It knows what made the original so beloved, and doubles-down on the cinematic elements, while ensuring that the things that held it back in 2002 have been completely reworked. This is what a remake should be, as Mafia: Definitive Edition earns our respect and a double-cheek-kiss of admiration.

Mafia: Definitive Edition is available on Xbox One, PS4, and PC.