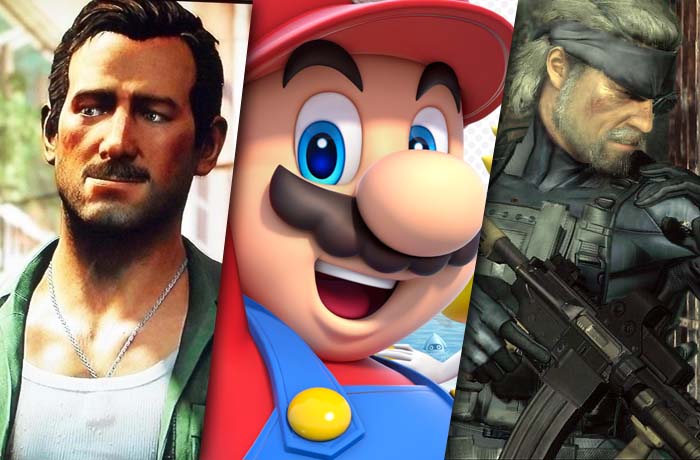 While we often tip the hat to the real-life mo heroes of the world, there’s some virtual superstars who deserve some credit for their gnarly moustaches.

There’s the brave, the heroic, the dreamy; and then there’s the downright manly. What gives these  legendary gaming figures their masculine authority? No, it’s not a giant sword nor a massive gun. It’s a damn fine little piece of pure unaltered manliness right above their top lip and right below their  nose. Oh yes, the moustache – the ultimate signifier of awesomeness which laughs at fear right in its face.

Some gaming characters wield this charming demonstration of man-fur to represent their spirit of adventure, courage, past challenges and overall unsurpassed manhood. Here is our homage to the gnarliest moustaches in gaming:

It goes without saying that Mario is rocking one of the most recognisable and generation-defining moustaches this side of the galaxy. Not only was Mario the innovator of in-game ‘staches, but he  flaunts it with his own unique style, riddled with thick European flair. You go, Mario.  Rocking the ‘stache since 1981 Oh Snake, not only was he the main protagonist in one of video game history’s most convoluted and complicated, yet downright brilliant series, he pulled out all the stops by appearing in the fourth primary iteration in the Metal Gear Solid series with a patch of unparalleled manliness on his face. His moustache was a little bit of a surprise, but while it contained a bit of old silver-tipped ruggedness to it, it stood as a badass reminder of Snake’s accomplishments and the pinnacle of his career. Before you can even compliment Snake on his facial hair, you’re dead. OK, OK, so it’s a little more of a goatee, but no one can deny the evil within the little ‘stache that  slides along Kane’s tyrannical upper-lip. What Kane lacks in niceties, he makes up for in facial hair grooming, and boy he does a good job at looking evil. Being bad has never looked this good. Whether you know him as Dr. Robotnik, Dr. Eggman, or that fat guy in red who always tries to kill Sonic, this guy has been rocking one of the craziest and unique moustaches around. Since 1991, Robotnik’s flowing curly red ‘stache has been making Sonic’s life a misery, and while Robotnik/Eggman twists and plays with it while he’s brooding over his next master plan, it only makes us want one even more. While not necessarily the hero of the Uncharted story, Sully is one of the coolest old(ish) dudes you could ever partner-up with in a video game. He had all the goods of the game, and his ‘been-there-done-that’  attitude was even more awesome being filtered through one impressive moustache he had going. It evolved throughout the four games in the franchise, and while the Uncharted series has essentially wrapped up, we can only hope to see a lot more of that beautiful piece of art in some shape or form in the forseeable future. Have above heroes and villains inspired you to get your moustache going? Any game character you think deserves a mention on the list? Let us know by tweeting @MenStuffZA and commenting below.