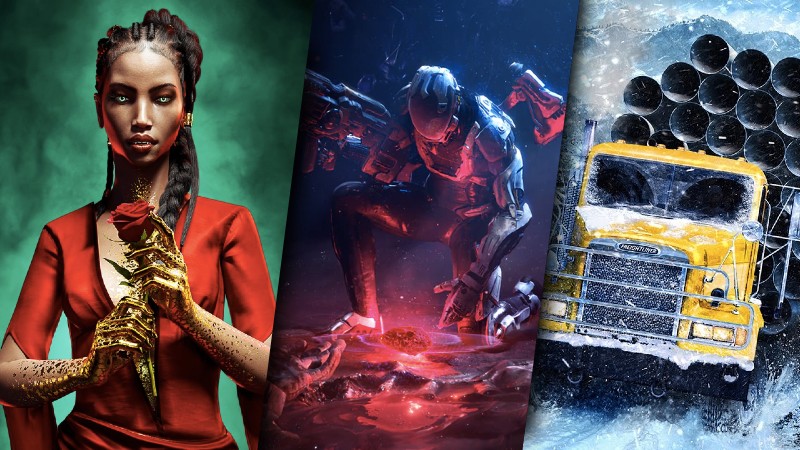 OK, we don’t want to lie from the outset. We’re not exactly sure if this article takes 3 minutes to read, but it’s somewhere in the ballpark. We’re writers, not mathematicians here!

Anyway, with all the massive games releasing this season, it’s quite difficult for gamers out there to keep track of what’s releasing when and what’s worth picking up (for one reason or another); so, in the spirit of being as thorough as possible, we’ve reviewed 3 of the biggest titles that have released within the last month in one convenient article, rounding up exactly what games have released, if they’re any good, and which one you should buy.

What is it? As a spin-off to the mainline action/RPG Vampire: The Masquerade games, Swansong is a slower, more methodical detective-inspired adventure to enjoy. Not unlike the Sherlock Holmes games, players are immersed by exploring crime scenes, solving puzzles, and having branching dialogue options with numerous characters, which can shape how the game unfolds. Of course, it is a Vampire game, so you’ll have to keep your true identity hidden, all while selecting who you need to pick off for a nibble during each case.

Is it any good? There is a severe lack of well-designed mystery and investigation games in the current gaming market, so Vampire: The Masquerade — Swansong seemed like a breath of fresh air, especially bringing in the vampiric element. The result is something that does do some interesting things and delivers a captivating and immersive vampire world, with rituals, rules, and class dynamics that any lore fan will appreciate. Some of the scenery and scenarios you get to explore are beautifully designed too, however, the game falls short with some lacklustre facial animations despite some great voice acting.

For a game that is so focused on narrative and dialogue, the lip-syncing and unrefined body animations are hard to ignore, with some animations seeming far too deadpan for the voicework or, on the other side of the spectrum, completely overexaggerated, making the dialogue scenes seem a bit goofy at times.

It does redeem itself with its persuasion and manipulation mechanics during the dialogue sequences, which, while relying on skills and numerical spendable points, does make you feel like you’re bamboozling people at your will, which is always fun.

What is it? A challenging sci-fi and cosmic horror-themed RPG that borrows a lot of mechanics and ideas from the Souls games. Throw in some gun combat, and you’ve got Dolmen.

Is it any good? Due to its laser weapons and slick-looking sci-fi design, Dolmen may look like a fast, frantic shooter, but it’s actually a lot more like its inspiration, Dark Souls, or more so, The Surge. The world and design of the universe are a welcome shift from the mythic fantasy setting so many of these games dwell in, with interesting suits, armour, enemies, and weapons that just look great. With that said, the combat and exploration feels somewhat sluggish and awkward.

Animations of your main character feel slow and leave you open to plenty of attacks; whereas the enemies are often quick-striking alien insects, leaving you vulnerable for way too long. The long-range weaponry is a great addition to mix-up the melee combat, but also lacks the punch you’d expect from any other third-person shooter.

It’s not all bad, as the game does do some interesting things with regards to character customisation and verticality in levels, but it’s hard to recommend Dolmen when there are so many good Souls-like games out there.

What is it? A next-gen upgrade of 2020’s offroad driving sim, Snowrunner, featuring 4K resolution, some refined graphical updates, and a few more extras.

Is it any good? Snowrunner as a game itself is a fantastic experience, and there’s nothing quite like it on the market. Navigating your way around treacherous hills, descents, and obstacles all while tackling deforming terrain is like a puzzle game with a V12 engine. Throw in some missions requiring you to drag heavy items out of some thick snow, and the physics will test your driving mettle.

This challenging and solid foundation is further improved by the ‘next-gen’ upgrades, with the higher resolution showcasing the meticulous detail of the environments, along with greater clarity on the weather effects and different ground types. Haptic feedback support on the PS5 DualSense controller is also a nice touch, making powering through tough hills a more engrossing experience as the trigger sensitivity tightens up.

Snowrunner on the PS5 and Xbox Series X is essentially the definitive version of the game, and while the content of the game remains the same, the polish and cleaner edges make for a truly refined offroad sim experience.

Will you be picking up any of the above games? Let us know by tweeting @MenStuffZA, posting on our Facebook page, or commenting below.

The Quarry: 5 Reasons to be Excited for 2022’s Most Ambitious Horror Game