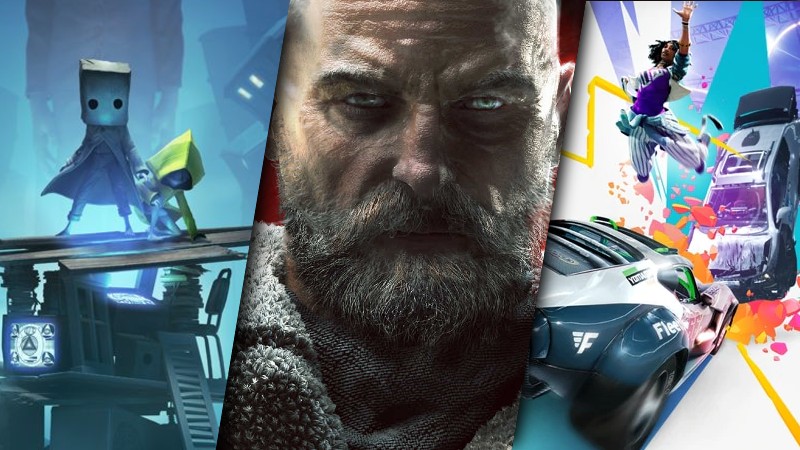 Which games should you keep your eyes out for this February?

2021 has gotten off to a cracking start in terms of gaming releases, and February is showing no signs of slowing down. Among the releases in February is some vehicular combat, a werewolf action-romp, and a dragon-fighting sim, so it’s safe to say there’s some variety on offer.

Coming free to Playstation Plus subscribers in February, Destruction AllStars looks to be a blend between the classic ram-‘n-smash gameplay of Destruction Derby with the acrobatics of Prince of Persia. Players have to utilise their chosen vehicles and weapons to take out their opponents, but if your vehicle is destroyed, you’re not necessarily out of the fight. Players then have to navigate the arena on foot and dodge incoming attacks in order to survive. While the player character is vulnerable in this situation, each AllStar has unique skills that can turn the battle to their favour, such as turning invisible or stealing another player’s car.

2017’s puzzle-platformer horror game Little Nightmares gets a sequel this February, which sees the return of Six, a small girl who has to make her way through tricky obstacles and avoid horrifying monstrosities. The follow-up mixes things up a little by adding an AI companion called Mono, who you’ll have to help through a decaying metropolis called Pale City. Expect more physics-based puzzles, tricky platforming, and quick-timing to outsmart some spine-tingling creatures.

Aside from having arguably the most brutal name ever, Werewolf: The Apocalypse – Earthblood looks to be an interesting entry into the action/stealth genre, giving you the powers and abilities to transform from a mercenary into a wolf or full-blown, head-tearing werewolf, as you make your way through some human and supernatural baddies. The combat looks fun, the stealth mechanics look interesting, and hopefully Werewolf: The Apocalypse can be one of the sleeper hits we’re destined for in 2021.

Team Ninja’s ghostly game about a cursed samurai (who looks an awful lot like a certain Witcher you might know) is very much a Dark Souls clone, but it’s got a lot going for it that has us excited. The first and second games were well-received, and are now bundled together in a full remastered package. Nioh is all about fighting styles and combat strategy, allowing you to alter your stance when attacking enemies, with each stance having pros and cons to it. However, the lead character William is also an elusive fellow and players will need to use his speed and dodging ability to outwit bigger foes. The collection features both games updated for PS5, along with the DLCs for both titles.

Imagine dragons added to Battlefield, that would kind of be the premise for Century: Age of Ashes, which is a dragon-combat game where you control a ride and dragon as you battle in 3v3 or 6v6v6 matches. There are 3 different classes to choose from, each with their own perks, along with tons of cosmetic options to make your dragon as unique as possible. The beta has gone down a hit, and Century: Age of Ashes looks to be an interesting addition into the competitive PC gaming landscape.

Which gaming releases are you most excited for? Let us know by tweeting @MenStuffZA, posting on our Facebook page, or commenting below.