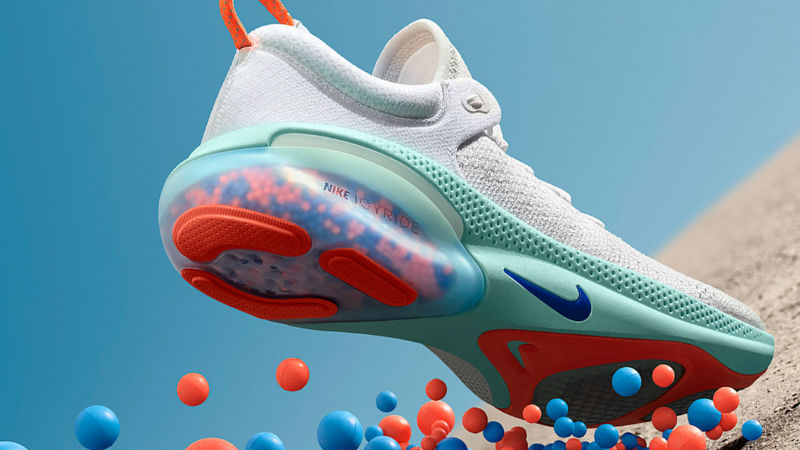 Nike’s latest runner is packed with some snazzy new tech.

Nike’s recent React model has become a favourite amongst runners and sneaker-heads this past season, but the American company is aiming to introduce another new silhouette into the market to offer something a little different.

The Nike Joyride is a purpose-built running shoe, but it isn’t designed for the high-end user. Rather, the Joyride is supposed to enhance the experience of running for the average person, making them fall in love with hitting the streets for a jog. But how exactly are they doing that?

They’re doing that by providing the wearer with maximum energy return possible, making running ‘easier’ and more of a fun activity, rather than a begrudging obligation. In addition to the entire upper being made of Flyknit material, they achieve this by packing the sole with Nike’s new proprietary TPE beads (a copolymer of plastic and rubber) – and there are 10,000 of them in each sneaker’s sole. Segmented into zonally-tuned pods, the beads create a dynamic footbed that forms to your foot and expands in all directions as it learns how you plant your foot.

We’ve seen a similar bead technology appear in Puma’s NRGY bead-featuring releases, which have proven to deliver a fair bit of additional energy return upon running.

The Nike Joyride will hit stores on 15 August for $180 (around R2,630). South African pricing is yet to be confirmed.