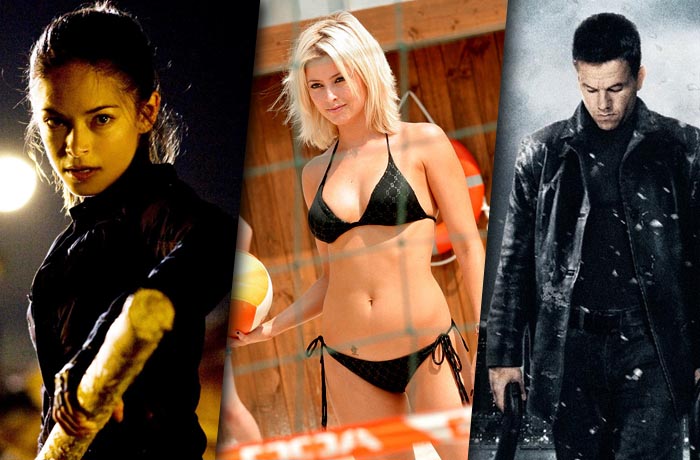 Lights, camera, cringe. Check out the worst of the worst when it comes to video game movie tie-ins…

A fair share of the gaming community frown upon the adaption of their beloved titles into films, others downright loath it. I am one of the minority that actually enjoys video games movies, as seeing your favorite characters come to life on the big screen is something relatively rare these days. They may not have the depth of a Scorsese crime drama, but they’re really fun to watch. However, there are those adaptations that are so bad; they make an episode of Gossip Girl look entertaining.

A film adaption at least has to be loosely based around the original subject matter, but 2005’s Alone in the Dark didn’t really understand this. Instead of creepy mansions and ghoulish creatures, we got Tara Reid and Christian Slater running around a museum being chased by an Alien lookalike. The only evil thing in this film, is the film itself.

OK, we can’t lie – seeing babes in bikinis fighting and playing volleyball in glorious slow motion is not bad at all; but from a critical view, Dead or Alive is just too ridiculous to be taken seriously. The acting, especially from Matthew Marsden, is horrendous and the climax sequence involving sunglasses which help you fight is bizarre to say the least. Worth a watch (*cough Holly Valance *cough), but could’ve been awesome.

Uwe Boll (who also directed Alone in the Dark) adapted BloodRayne into a feature film, with not such great results. Loosely based on the games, BloodRayne starred Kristanna Loken as Rayne, a human/vampire hybrid, along with Michael Madsen and Michelle Rodriguez whose lines will make you cringe. To say the movie was hated would be an understatement and not even Kristanna Loken’s nude scenes and action sequences could save this fun-sucker.

Max Payne fans had all the hope in the world for this film, and while it started out decently it fell short in too many areas. The look and feel of a crime-noir story was excellently captured, as the black and white accentuated graphic novel cutscenes from the game were perfectly adapted. The snow, slow-motion shots, weapons, and setting – it all looked cool, until the hallucinations of the Valkyrie kicked in. Way too much emphasis was placed on CG demons and fiery backgrounds, taking away the somber and gritty mood the game conveyed.

Uwe Boll seems to have a knack of making sub-mediocre video game adaptations, but he doesn’t care. Everyone’s favorite arcade shooter from SEGA was his next target, as Boll adapted House of the Dead into a fully fledged motion picture. The thin plot of the game didn’t leave much to work worth, but at least it was fun. Boll didn’t include any of these and the film represents a zombified version of ‘Whack-a-mole’. If you’re a zombie yourself and have no brains, you might have a laugh watching it.

As sad as it is to say, Super Mario Bros. should never be a live-action film. The characters are too fantastical and the entire milieu of the Mario universe is too broad to visually reproduce on film. Despite this, director Rocky Morton believed he could and failed miserably. The result was a very awkward mix of dinosaurs, high-tech cities and parallel dimensions – it makes you wonder whether he even played Super Mario. To make it worse, Bob Hoskins and John Leguizamo looked ridiculous in their plumber outfits and Dennis Hopper made the worst Bowser imaginable. Some things are just better left untouched.

The Legend of Chun-Li is not only the worst video game movies, but it’s one of the worst films ever made. Starring Kristin Kreuk (Smallville) as the titular character, the movie acts as a bit of a filler story into Chun-Li’s background and growth as a fighter. It almost seems as if the film was created with the intention to have follow-up origin stories. Wishful thinking to say the least, as the studio and producers made an absolutely terrible film from start to finish. The acting was a shambles, the plot had more holes than a golf-course and even the silly B-grade fighting wasn’t entertaining. You know there’s a clear lack of ambition when you have a member of the Black Eyed Peas playing Vega.

What are some of the worst video game movies you’ve ever watched?

Basically anything directed by Uwe Boll can join his Blood Rayne on this list.

Haha it’s almost like he’s trying! Although, I watched Far Cry the other night, and was actually not that bad. And what I mean is: terrible, but enjoyable.

Farcry was so bad but so entertaining at the same time

No it was just horrible.

I’ve seen a few of these the acting and dialogue is on the level of adult movies.

Top 6 Deadliest Killers In Gaming
How To Create A Slick, Formal, And Professional Image
To Top
wpDiscuz