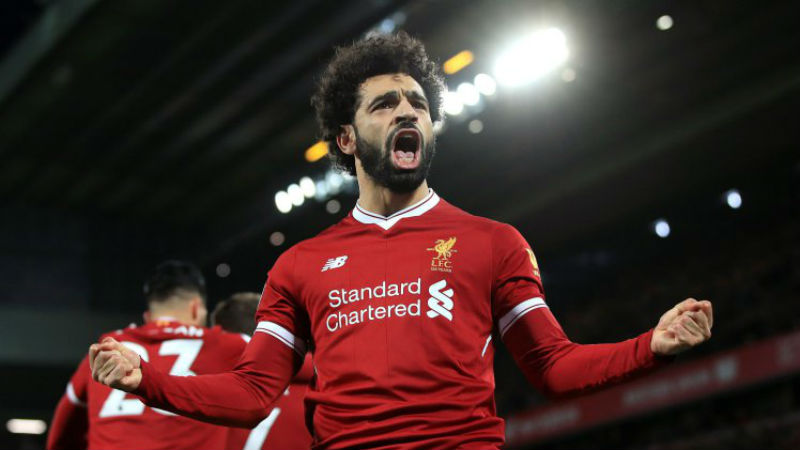 The Egyptian international bags a stunner!

The Premier League fixture of the weekend was undoubtedly the massive clash between Liverpool and Manchester City at Anfield. While City have looked indomitable throughout this season, amassing a huge 15 point lead at the top of the table, they hadn’t won at Anfield in 15 years.

True to their historical difficulties at the stadium the Citizens found themselves trailing 4-1 at one stage, before clawing back to 4-3, but still losing.

The choice of the goals is probably Mo Salah’s miraculous chip from about 35 meters out after a failed clearance from the City keeper:

The ball fell to Salah in midfield after Ederson’s poor clearance went straight to the Egyptian, but rather than pass the ball forward, or panic and over-hit it, he had the composure to calmly float the ball over the stranded goalie.

This loss potentially cuts City’s lead at the top down to 12 points – but only if their city rivals United manage a victory on Monday. Their lead is still bordering on insurmountable – but could this loss signal a bit of a decline for Pep Guardiola’s side?