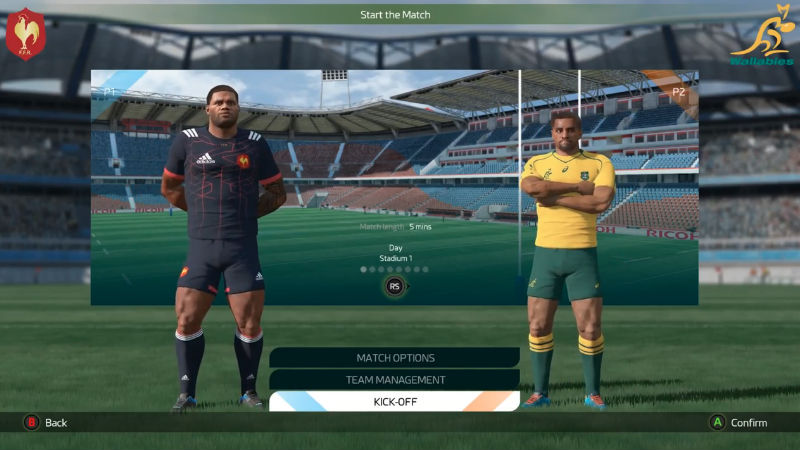 We’re edging closer and closer to the 27 October release date of Rugby 18, and Big Ben Interactive and Eko Software have released arguably the biggest information blowout since the game’s announcement — a new video which answers all the most-asked questions, while giving us the best look at gameplay yet.

The new trailer gives us a breakdown of the licensing, Career Mode, gameplay features, and visual likenesses the game will offer, while also showing a few small touches the developer has included, such as trivia games during the loading screens.

This past week, it was revealed that not only will the Springboks be licensed in Rugby 18, but the game will feature the All Blacks, Wallabies, England, Fiji, France, Scotland, and more international licenses too; along with the French Top 14, Pro 14, and Pro D2 tournaments and teams.

Check out the new video below, and let us know your thoughts on Rugby 18:

We’re quite excited for Rugby 18, and Big Ben Interactive also previously released a “making of” trailer, which gave some insight into the commentary and a few snippets of gameplay; along with a new video highlighting the career mode specifically.