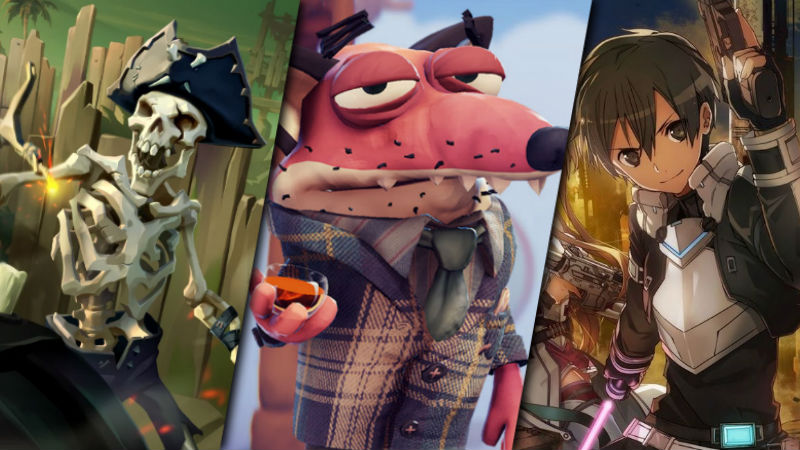 OK, we don’t want to lie from the outset. We’re not exactly sure if this article takes 7 minutes to read, but it’s somewhere in the ballpark. We’re writers, not mathematicians here!

Anyway, with all the massive games releasing this season, it’s quite difficult for gamers out there to keep track of what’s releasing when and what’s worth picking up (for one reason or another); so, in the spirit of being as thorough as possible, we’ve reviewed 7 of the biggest titles that have released within the last month in one convenient article, rounding up exactly what games have released, if they’re any good, and which one you should buy.

Here’s our 7 game reviews in 7 minutes:

What is it? A farming simulator to deliver the relaxing, yet maintenance feel of running a fully-fledged farm – ideal for a quiet, Sunday afternoon gaming session.

Is it any good? The farming simulator genre has been dominated by Giants Software’s long-running Farming Simulator series, but, much like PES is to FIFA, Pure Farming 2018 is the first competitor that we can safely say is worth checking out. The game delivers some new, unique environments and crops to the digital farming game, along with some great physics and notably impressive visuals for the genre. If you’re a fan of the segment, definitely try it out; and if you’re a newcomer, this is a good place to start.

What is it? Fatal Bullet puts you in the world of Gun Gale Online, the fictional massively multiplayer online VR game seen in the anime show, Sword Art Online II. Of course, it’s not really VR, and it’s only partially online, but it’s all part of the fiction.

Is it any good? The Sword Art Online series has been somewhat stuck in a loop of similar-playing RPG titles, so the change of pace to a third-person action shooter is welcomed. The firing mechanics themselves are pretty basic, with an auto-targeting system helping you amongst the chaos, but this game is more about movement, strategy, and working away at your enemies than it is about pin-point shots. The level design leaves a lot to be desired, but it’s an interesting twist on the expectations of games adapted from Japanese anime.

Available on: Xbox One | PC

What is it? Sea of Thieves is a first-person cooperative pirate game where players explore the vast open world, fight other sea dogs, and collect hoards of treasure.

Is it any good? Coming from veteran developer Rare (Banjo Kazooie), Sea of Thieves has a lot of expectation attached, and while it manages to deliver what it promised, it’s not as exciting in practice. You’ve got a ship, treasure maps or cargo to deliver, and you’re likely to run into skeleton warriors, but Sea of Thieves still manages to feel relatively empty. There are tons of cosmetic upgrades and character items to pursue, but it’s not as alluring of a carrot on the end of the stick. That said, goofing around with your friends or online randoms is fun, but it eventually descends into wanting more things to do.

MX vs ATV: All Out

What is it? The 7th instalment in THQ Nordic’s off-road racer, once again merging the world of four and two-wheeled machines. It’s loud, fast, and frantic.

Is it any good? The franchise has had a few ups and downs over the last couple entries, but All Out rectifies many of those shortcomings. That said, it still manages to be a little rough around the edges – sound effects still seem low-quality and some graphical hiccups are a little too present – but thankfully, the physics are great, delivering the feeling that you have to navigate your way through each mound of dirt and ramp landing. There are also tons of events and race-types, along with a wealth of bikes to hunt down, so you won’t find yourself without something to do in All Out anytime soon.

What is it? A fun, character-driven party game that utilises the PS4’s PlayLink functionality with smartphones.

Is it any good? Frantics uses the ability to put four people and their phones in the same room to cause as much mayhem as possible, in a bunch of games designed with sabotage in mind. There are 15 mini-games to play, all which test your timing or exploitation of physics, such as one game which forces player to knock one another off a giant ice platform. An added twist is that some players can get secret missions delivered to their phones, giving them an added incentive to take out a particular opponent or rig the game. If you can get the friends around and interested in Frantics, it’s one of the best party games we’ve played, well, since Crash Bash that is.

What is it? Originally a free-to-play mobile game, World of Warriors makes its jump to PS4 with a bunch of changes and enhanced features for a more party-game-friendly format.

Is it any good? The changes to the original mobile version have been for the better, upgrading the simple turn-based battle system into more of an arena-based beat-’em-up where 4 players can attack and plunder at their will. It’s also a really good-looking, colourful affair, and for under R500, it’s a great option for those looking to have some mindless fun.

Top 5 Playstation Classics That Need to Be Remade