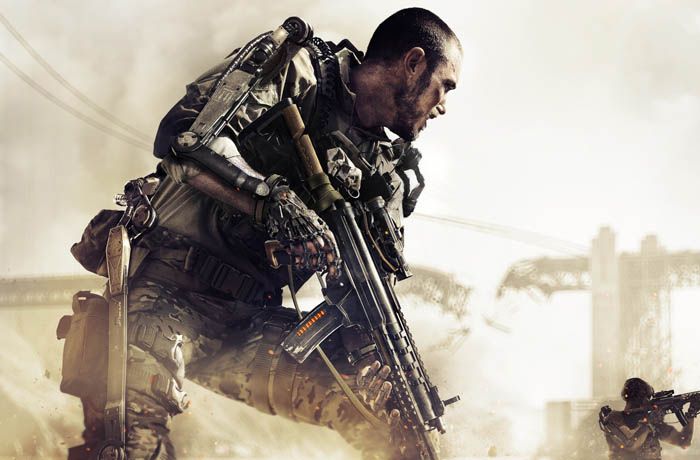 Has Advanced Warefare done enough to push the franchise forward?

Call of Duty: Advanced Warefare launches this week in South Africa, and as the highest-grossing franchise in gaming begins to stretch its legs on the current and next-gen consoles, should we have enough faith in the newest entry to deliver something special?

The reviews have rolled in from the big gaming publications, and things are looking pretty positive for the series, with most critics praising the game’s campaign, new additions to multiplayer, and customization options.

Check out what the reviewers are saying:

“Advanced Warfare is Call of Duty’s true starting point for a new generation. The campaign is predictable but thrilling with enough tech tricks and set pieces to make it a must-play. Co-op can sustain you for multiple hours and it’s hard to imagine playing Call of Duty multiplayer without an Exosuit ever again.“

“Multiplayer feels wonderfully fresh, thanks to the added agility of Exo Suit boosting. Sadly, though, co-op is unimaginative, and the story fails to satisfy when compared to previous installments“

“An expert distillation of Call of Duty’s core appeals, made fresh again thanks to excellent level design and the inclusion of game-changing exosuits, Advanced Warfare is a return to form for a franchise on the slide.“ IGN: No score, review in progress

“Advanced Warfare definitely hasn’t discarded the excellent, fast-paced run-and-gun shooting that made Call of Duty a household name; instead, it’s taken that strength and committed itself completely to the idea that mobility and flexibility are king, making it faster and more focused than any Call of Duty game before it.“

“For whatever minor missteps Advanced Warfare makes with its story, it more than compensates with vision and remarkable execution. The latter has never really been Call of Duty’s problem – Ghosts notwithstanding – but Advanced Warfare adds enough and moves far enough forward with its new abilities to feel like a risk. Turns out, that’s just what the series needed.“

“The huge change in player mobility is less of a paradigm shift and more of an overdue retooling for an 11-year-old FPS franchise, especially in a year of mobility-focused shooters. Yet for all its predictability, Advanced Warfare is a deluge of action-film bravado, and it’s difficult to not be carried away by its tidal forces“ “As someone who has been drifting further and further away from Call of Duty for the past few years, I can certainly say that Advanced Warfare’s mobility kept me interested much longer than Ghosts or Black Ops II has. It’s the best multiplayer the game has seen in some time and the whole thing totals up to a satisfying, if familiar experience.“

“Despite a few pulled punches this is the best Call Of Duty has been in years, and the multiplayer in particular is the most innovative since Modern Warfare began“

“Call of Duty: Advanced Warfare’s single-player campaign is a ridiculous summer movie romp with sobering visions of the future of weaponry. Bring popcorn, because the real fun begins with the multiplayer, where the wealth of customization options should have players coming back for game after game.“ “Advanced Warfare front-loads the benefits of power in a franchise that has always made technology the exalted, almost fetishized solution to every problem. And you know what? It’s more fun when it admits as much.“

“Call of Duty: Advanced Warfare is worth your time. It delivers with its story, great acting, dialogue, the realistic facial animations, cool weapons of the future, and the welcome change in pacing from combat missions to stealth missions.”