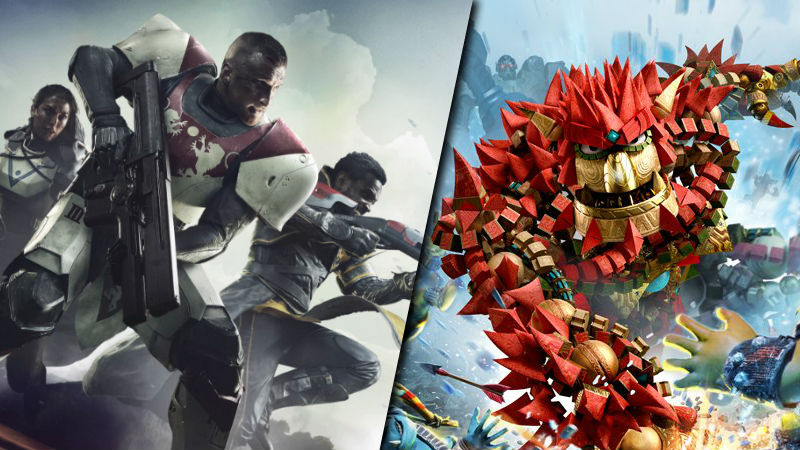 Ahh, September is here and the chill of winter is slowly dipping into the background. And while the weather heats up, so does the game release schedule. We take a look at the notable titles arriving this week:

After the first Knack showcased the PS4’s power at launch and gave us a tech demo-like taste of what Sony’s console could do, the sequel arrives, but with all the core ideas and mechanics expanded upon.

In addition to new platforming, puzzle, and combat mechanics, co-op has now been added to the game, so that you and a friend can take on the adventure together.

If you’ve never played Knack, it’s basically a throwback to the action-platformers of yesteryear, with some new tricks up it’s sleeve. So if you’re a Crash Bandicoot or LittleBigPlanet fan, you should check this one out.

Destiny 2 is arguably one of the biggest games arriving this year, aiming to rectify the shortcomings of the first game while expanding and evolving the great bits.

From the get-go, it’s clear that Destiny 2‘s story plays a bigger role than the original, with a new cinematic story campaign to flesh out the world, along with new weapons, skills, loot, and sectors to explore.

Destiny 2 features a more optimal way of matchmaking called “Guided Games”, which will allow players to search for clans who may need additional players for activities, such as strikes or raids. Otherwise, you could always jump into the 4v4 PVP modes available for some competitive action.