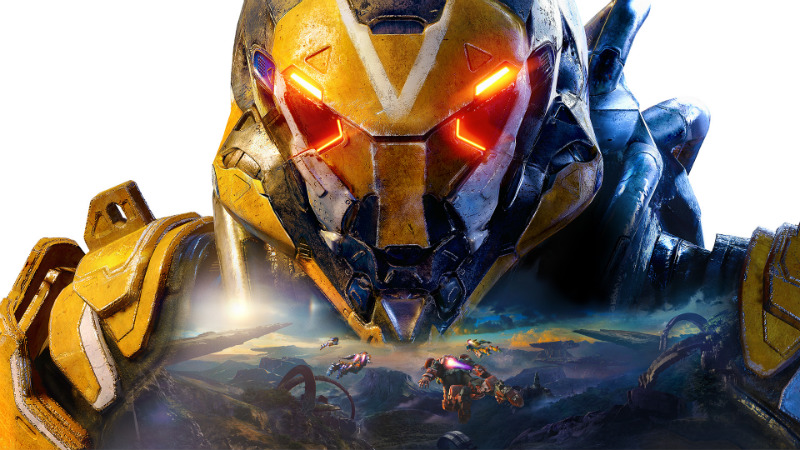 We look at the good, bad and ugly of EA’s exo-suit shooter!

On the surface, Anthem is every superhero-fan and gamers’ dream. It’s essentially a ménage à trois of Iron Man, Avatar, and Destiny, with some Halo peppered in there for good measure. Despite all these flattering references, it’s hard to not acknowledge the backlash the game has been getting, with everything from ‘poor’ to ‘average’ being thrown around. However, Anthem is anything but these things, and while some of the complaints are warranted (it’s by no means perfect), Bioware and EA have constructed a game that blends a sci-fi cinematic experience with the hooky multiplayer component of a loot shooter, resulting in something that’s unique and enjoyable.

Of course, let’s address the elephant in the room: the bad. EA’s presentation of the game back in 2017 was slick, highly-detailed, and had a glorious next-gen-like shimmer to it. The game itself lacks these elements. It’s by no means a bad looking game – it’s beautiful, in fact – but it’s hard not to notice the downgrade of sorts from the initial demonstration. It’s actually ironic, given that Anthem is stunning as is, with the world, javelins, and enemies all carrying unique designs and detail, but EA showcasing an enhanced version hasn’t done the final game justice and actually undermined what has been achieved. EA are not the only ones guilty of this practice though, and perhaps this is a wider issue with the industry as a whole. There are also a handful of matchmaking quirks that’ll leave you scratching your head, such as the lack of ability to quit, ping or call a friendly when you’re downed (you literally just have to wait for someone to come save you), and the fact that you’re tethered to the player who’s in the front of your current group – meaning that if they proceed to the next area, you get automatically transported there, missing out on some sweet-sweet loot and items if you’re still scooping up goodies from a previous gunfight. It’s problematic in a game all about exploring, levelling-up and working together.

What about the good?

With that said, Anthem has a lot going for it. Easily the most anticipated feature since it’s reveal was the flight ability, and after a few minutes of getting used to the controls, it doesn’t disappoint. The fact that players can simply launch into the air during combat gives you a great sense of vertical attacking options and evasion techniques, while also making traversal to objectives fun and acrobatic, rather than plodding along on foot. Having to watch that you’re javelin doesn’t overheat and requiring you to quite literally ‘cool your jets’ by flying through waterfalls or dive-bombing is a great way to keep the ability in-check to maintain the novelty and fun-factor. Finding and salvaging loot in order to purchase new weapons or craft upgrades actually feels like it makes a difference, as your javelin’s abilities are evolved and improved upon as you progress. Each javelin has different weapons (which can range from shoulder cannons to energy beams), along with a special ability based on your javelin class. Utilising these together in conjunction with your primary weapon gives you combos, of sort, which can deal huge damage to larger enemies.

Players have the option to take on three sorts of missions: primary story missions, side quests, and Strongholds, which are dungeon-type missions that can only be played co-operatively online. There are only three Strongholds available at launch, with more to be added in the coming months. Freeplay is also available, allowing you to simply explore to world and achieve ‘Feats’ which are optional tasks, such as killing a certain number of enemies or finding hidden items. The mission variety is admirable, although there is a lot of recycling of certain enemies and scenarios that’ll give you a fair bit of déjà vu throughout the experience. So, should I buy it?

Anthem is far from a bad game, but within the same breadth, it’s not going to win any awards. However, many of the criticisms towards it demand an endgame to rival that other loot-shooters that have been out for years. It’ll take time, and with EA’s prospective roadmap ahead, Anthem already has the foundation in place to benefit tremendously with a bit of tweaking and additional content in the coming months.

For gamers looking for a 20-30 hour experience whereby you get to fly around in a jazzed-up robotic suit, and get to fire missiles at the face of a giant monster, Anthem will give you that and a whole lot more. Just be open to some confusing menus, a convoluted story, and some clunky moments here and there.

Have you played Anthem? What do you think of the game? Let us know on Twitter, Facebook, and below in the comments section!