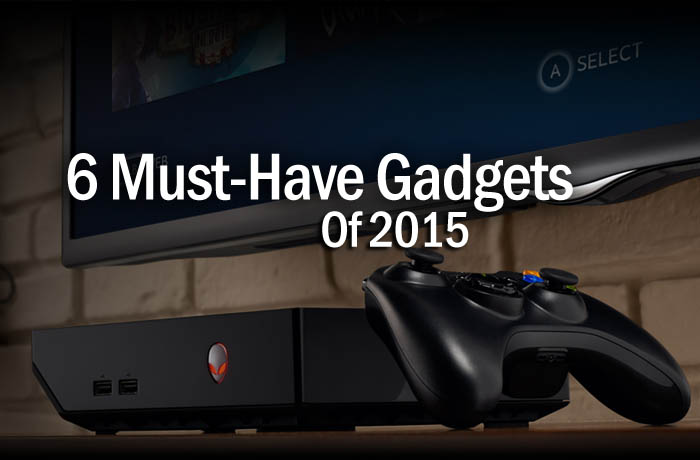 What a time to be alive! Check out what MenStuff is clambering to get hold of this year.

There are some pretty exciting tech products hitting the market in 2015 and we can’t wait to get our hands on some of the biggest and best devices coming our way, but which ones are on our list first?

It’s hard not to feel a tick in your excitement-box when looking at Sony’s new XBR-X900 TV set. The new super-thin new ultra-HD TV was shown off at the Consumer Electronics Show this year. The 65-inch beauty spun around and around, showcasing the edge-to-edge screen, but its most impressive feature is how slim it is. The TV is 4.9mm at its thinnest, which is slimmer than a smartphone. The virtual reality headset has generated a lot of buzz in the past year with gaming developers and the entertainment industry, and a consumer version will finally hit the market in 2015. The Oculus Rift is set to usher in a new generation of immerse entertainment, and we want to be first in line. Witricity is one of those innovative companies doing something pretty spectacular. The company is developing chargers that receive electricity through the air. Plug a Witricity-powered transmitter into the wall, and you can set a Witricity-powered torch lamp almost anywhere in your room and not plug it into a wall outlet to use it.  You can place up to 10 smartphones, media players, and other battery-powered devices on a countertop within a foot or so of a Witricity charger, and it will charge all of their batteries without your needing to plug in any of them. And we need it. The Galaxy S6 was always going to be a main attraction, but after seeing the results from the benchmark tests done on the upcoming device, it’s definitely piqued our interest even further. It seems like Samsung is seriously delivering on the power and functionality with this iteration of their famed Galaxy S range, and we cannot wait to get our hands on the snazzy new device. Another attractive mobile offering comes from Google and Motorola, who may introduce what will be the only phone you’ll ever need. Project Ara is a phone with modular upgrading. The smartphone is designed to be completely modular, allowing you to snap in new parts to upgrade it on an ad hoc basis. Whether it can appeal beyond the DIY crowd will be determined when it hits its first test markets in early 2015. Gaming company Valve has been cooking up their own console-type hardware for years, and it looks like it may finally come to light in 2015. Running on the company’s popular Steam OS, the Steam machines will be living room PCs designed for gaming and entertainment.