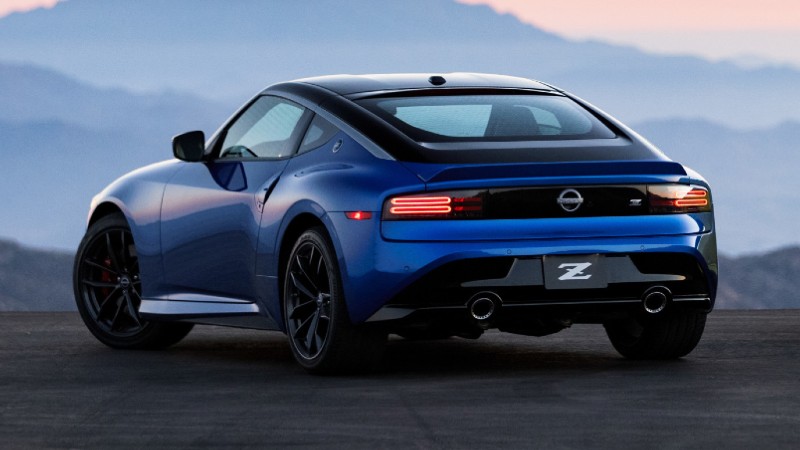 Nissan introduces its next Z entry to wow sportscar fans.

Nissan has unveiled the 2023 Nissan Z, the next iteration in its ‘Z’ sports car range, picking up where the 350Z and 370Z left off.

The all-new, seventh-generation 2023 Z, which drops its numerical prefix for the first time, is scheduled to go on sale at Nissan dealers nationwide in spring 2022.

The 2023 Z features a 3.0-litre V6 twin turbo engine that adds a significant bump in power output over the previous generation 370Z. The engine is rated at 400 horsepower at 6,400 rpm and 350 lb-ft of torque starting from 1,600 to 5,600 rpm. With an increase of 68 horsepower and a 30 percent increase in torque, the engine is designed to deliver a sharp, yet smooth response to the driver’s input, along with an estimated 15 percent improvement in 0 to 60 mph acceleration. An advanced, quick-response 9-speed automatic transmission is also available. The new 9-speed automatic offers a direct and quick response feeling and quick acceleration, thanks to its wide gear ratio spread and standard launch control system. Aluminum paddle shifters are standard on all 9AT-equipped models, with unique paddle shifters, the same design as found on GT-R, on Performance models. For the exterior, the new Z takes on a traditional rear-wheel-drive sports car design, with a long hood, lower rear stance and a silhouette that pays homage to the first-generation Z. The LED headlights have two half-circles that take their inspiration from the Japan market-only 240ZG of the 1970s, which fit naturally with the new Z’s identity.

The signature transition from the rear quarter glass to the low-slung position of the rear tail adds to the effect. Door handles are a flush-mounted design and the rear hatch design is ultra-thin, yet with increased rigidity over the previous 370Z design. In the rear, the blister fenders direct flow air past the horizontal rear panel. The rear combination lamps incorporate modern technology into the design reminiscent of the Z32 (1990-1996) 300ZX, including new 3D signature LED taillights. Price and availability of the 2023 Nissan Z in South Africa are yet to be confirmed. We’ll keep you posted with any updates.