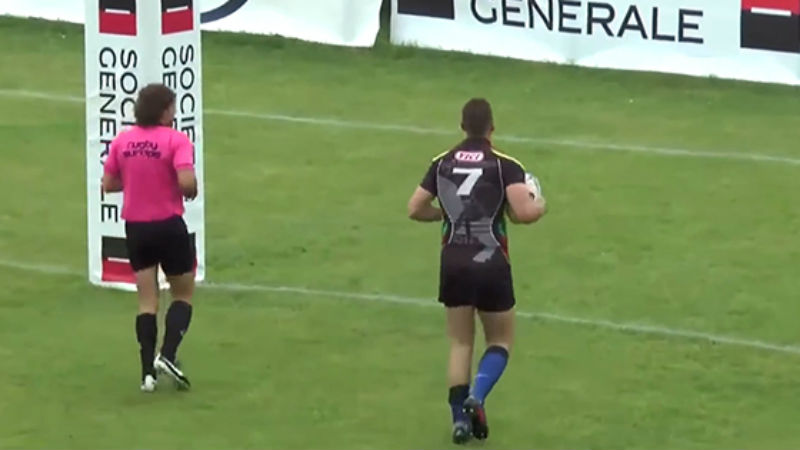 We’ve seen some unbelievable botched tries in our time, but this gem from the 7s match between Lithuania and Croatia may just take the cake for the worst of the worst this season.

The cringe-worthy moment featured big Lithuanian winger Domantas Baguzis, who appeared to have secured a well taken try after a nice counter-attack from 80 metres out.

However, while he was safely in the clear, any rugby player knows that you should never (repeat, never) turn your back on the opposition.

Well, you can probably guess what happened next:

A Smart, Trackable Golf Ball Has Been Invented

5 Big Sports Matches You Need to Watch this Weekend