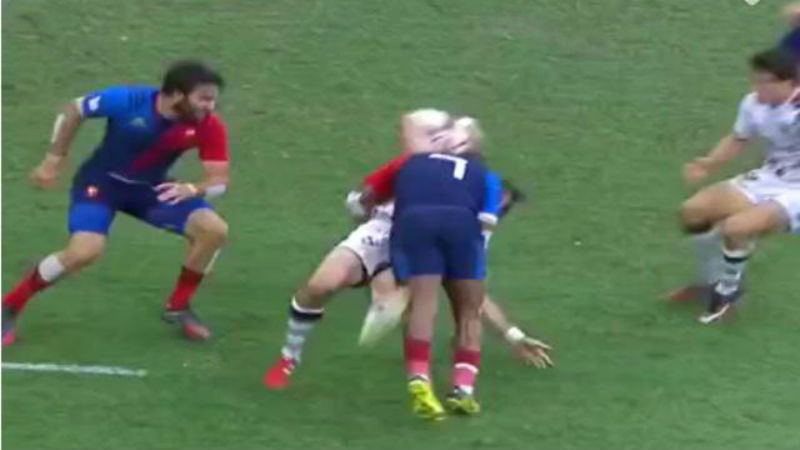 The Singapore Sevens provided some incredible action this past weekend, and amongst all the jaw-dropping tries were some bone-rattling hits.

Former New England Patriot’s safety Nate Ebner joined the USA Sevens for the leg of the series, and got a reminder of the speed and impact of the game thanks to France’s Fijian-born monster, Virimi Vakatawa.

Check out the hit below:

Did Kenya Produce the Worst Butchered Try in History? [Video]

Leicester City – A Return to Tradition?

Jeremy created MenStuff in June 2014 in order to bring unique men’s lifestyle news, features and articles to the world. While also talking about himself in the third-person, Jeremy has worked as a professional journalist at SA Rugby magazine, MyBroadband, MyGaming, and written for FHM and TFG Tech.

WATCH: Blitzbokke Pull Off Comeback of the Decade Against Fiji in LA

A miracle comeback from the South Africans grant them the USA title! 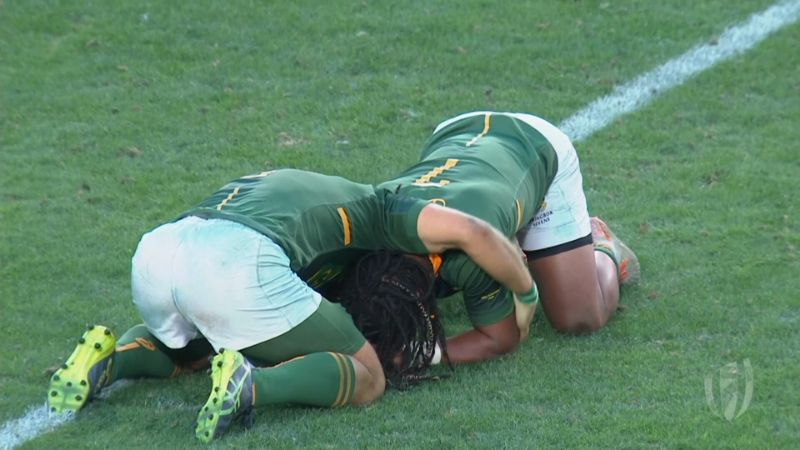 The Springbok Sevens side had a mountain to climb in the cup final of the Los Angeles Sevens when they trailed 19-0 against Fiji, who looked to have the game in the bag from the outset.

Incredibly, the South Africans were able to score some breathtaking tries, and slot a touchline drop-goal to head into extra-time, where they went for the throat of the Fijians to clinch the USA title. 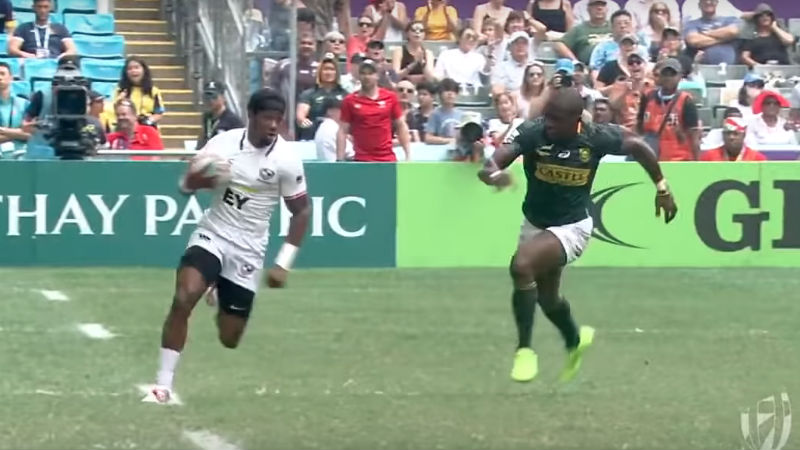 The USA has been a tricky team for South Africa (and just about everyone else) in recent times on the Sevens World Series, and the men in red, white, and blue gave the Blitzbokke another night to forget thanks to USA speedster Carlin Isles.

Easily the fastest man in world rugby, Isles scored two cracking tries against the Springbok Sevens side, one of which required some serious pace and evasion technique.

There’s an obscene amount of skill in this Blitzboks try. 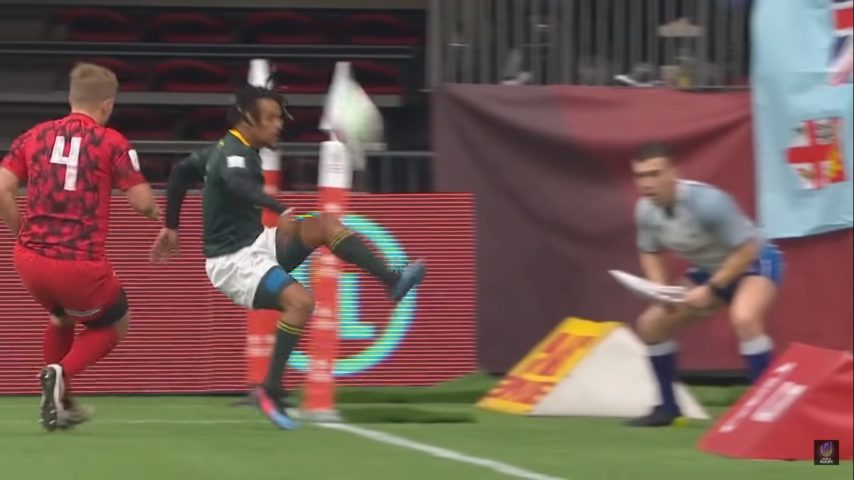 The Vancouver Sevens has delivered some incredible moments this past weekend, with the World Sevens Series seeing some firsts, including Spain overcoming New Zealand and some outrageous skill from all teams.

One of the tries of the weekend, however, came from our very Blitzbokke, who strung together a brilliant play following some individual brilliance from Selvyn Davids.

Bob Skinstad on CT as a Sevens Destination, Viability of Sevens as a Career Path

Former Springbok Bob Skinstad on why Cape Town has become a key destination for sevens. 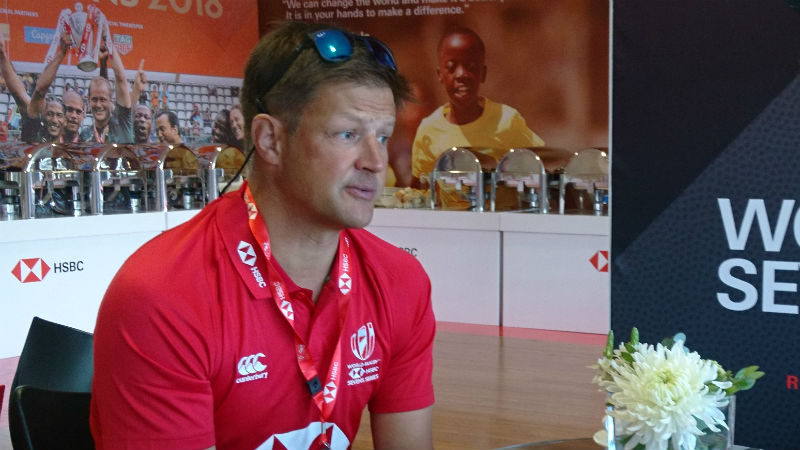 While former Springbok loose forward Bob Skinstad was well-known for his linking capabilities with the backs during his time with the national side, the 42-year old has now become a recognisable face around the rugby world, particularly that of the HSBC World Sevens Series, helping HSBC grow the game and spread the message of what sevens stands for. We caught up with Skinstad to find out a bit more about the HSBC Sevens World Series’ growth, the mystique that Cape Town is adding to the series, and the force that sevens has turned into globally.

“I think Cape Town is now up there with the likes of Dubai and Hong Kong as a Sevens destination. All the players from all the countries are constantly talking about how Cape Town is the city they want to visit or revisit. Of course there’s so much on offer from a public event and leisure point of view, and it really has made the CT 7s an iconic location for such a tournament.”

The move of South Africa’s hosting city of the Sevens World Series from Port Elizabeth to Cape Town has been a masterstroke from the organisers, bringing the global tournament to the Mother City, which already has no lack of reasons to attract large crowds.

“Of course, no one wants to try and upstage Hong Kong, for example, but I don’t think anyone wants to. We’re creating a great identity for Sevens with hosting it in Cape Town, and it’s complimentary to the Series as a whole.” Bob Skinstad has once again worked with HSBC at the Cape Town 7s to help grow the game of Rugby Sevens with South Africa and globally.

“From a players’ point of view, another element is that it’s very important to take your mind off of a strict training regime, as coaches need their players to relax too, and Cape Town offers those extra activities by the bucket-load, so it’s always a great spot to get a team to switch off for a bit while also then being a big stage to perform on during the tournament.”

Since Sevens’ successful inclusion and showcase during the Olympics, Skinstad says that the World Sevens Series has seen a notable increase in interest since then, bringing a whole new audience to the sport and culture of the game.

“It’s been very complimentary having the sevens in the Olympics. Having a marquee event every four years now, plus the standardised Series annually – it’s the best of both worlds. And sponsors like HSBC and DHL have been great in helping get teams to the Olympics, while also protecting the culture and foundation of the game with the World Sevens Series.”

Given how Sevens has evolved in the last couple years to become a viable option from a career point of view, Skinstad admits that we would definitely put a greater focus on Sevens if he were given the opportunity to start anew.

“Sevens made up about 10% of my career, and I was fortunate enough to play in two Sevens World Cups, but I would’ve loved to have been a part of the Series as it is today. Any player these days should look to pursue it – not only would it help anyone’s skills dramatically, but you also have less big hits and attrition on your body, which is also an attractive aspect.”

In terms of the off-field work the HSBC ambassadors and Series organisers have been putting in, there’s a goal to make sevens as inclusive as possible for South Africa’s diverse landscape.

“Locally, it’s been fantastic to take some of the training sessions or warm-up games to the communities who would not usually get to see professionals in action. And HSBC have been great in this respect – they’ve even bussed in kids from rural areas to come see the training sessions and giving people the opportunity to experience sevens and see what the game can be to them.”

Nanai-Seturo scores an absolute cracker for New Zealand in the cup quarter-final of the Cape Town Sevens. 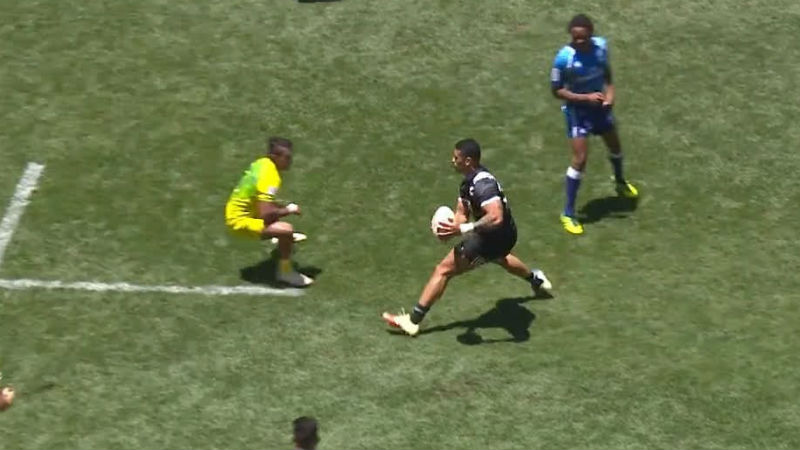 Teenage sensation Etene Nanai-Seturo has been jinking his way around defenders since making an appearance for the All Black sevens in last year’s Series, and the 19-year-old has added another stellar ankle-breaker to his highlights reel.

Coming up against another notable stepper in Australia’s Maurice Longbottom, Nanai-Seturo was able to lure Longbottom the wrong way before delivering a stunning sidestep before racing away to score.