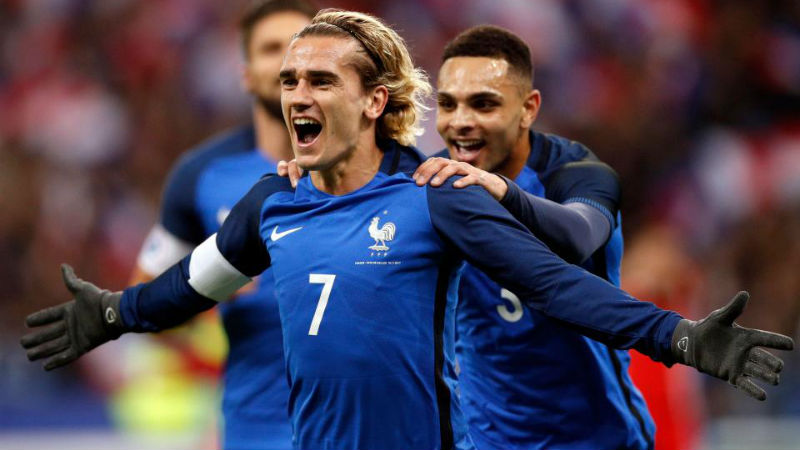 The Frenchman gets back into scoring-mode!

Only a few months back, after appearing on a French talk show and admitting he was likely going to Manchester United, it seemed like Antoine Griezmann was going to grace the Premier League with his presence.

Fast forward and the young French forward is having a slow season with Atletico Madrid, with only two league goals to his name. His lack of goals comes as a surprise after his stellar season for club and country a season ago. He was the man of the moment for France in their 2016 Euro campaign, and he rediscovered some of his goal-scoring flair in France’s friendly against Wales this past weekend with this effort:

Acrobatic finishing is a skill he possesses and tends to use to good effect, and did so again following a fantastic floated cross from Bayern Munich’s new addition Corentin Tolisso. Griezmann swiftly got goal-side of his marker, followed the flight of the ball and swivelled into a left footed finish that had enough power to hit the back of the net despite the goalkeeper getting a hand to it.

Manchester United’s attack has been stuttering lately, and with Atletico’s fading fortunes and the January transfer window approaching, rumours are popping up again that Griezmann could be brought in to keep United within touching distance of City. Would he be enough to get the job done though?