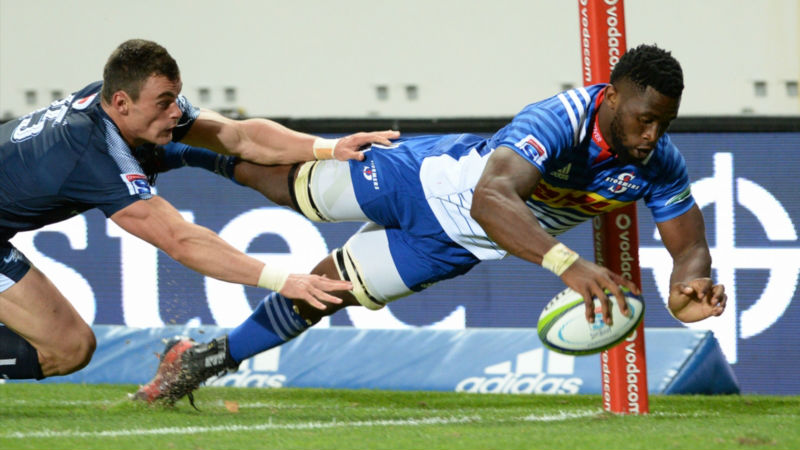 The long Easter weekend may be full of relaxing and chocolate eggs, but that doesn’t mean the sporting encounters are taking a backseat. This weekend sees some huge battles in Super Rugby and the football world that are worth keeping a close eye on!

The Bulls have looked like a strong side so far this season; however, they’ve had to contend with some of the best sides in the competition, and as a result, haven’t strung together the wins they would’ve wanted as of yet. The Stormers, on the other hand, have had a good start to the season and will be licking their lips at the prospect of toppling their northern rivals at Loftus. The Bulls are also dealing with a few injuries, which will undoubtedly hamper their chances; but this should be a good match, and one which the Stormers are likely to edge away from home.

The Lions and Crusaders have forged quite the rivalry in recent seasons; and one which will continue this weekend when they go head-to-head in Johannesburg on Sunday. The Crusaders have had the upper-hand on the Lions in past encounters in SA, but the Lions, battered from the unfortunate loss to the Jaguares, will be eager to prove their ambitions of contending for the title. It will be a very difficult game for the Lions, especially with injuries to Warren Whitely and Aphiwe Dyanti, but they have enough depth to handle the onslaught of a vastly-underrated Crusaders side.

The battle for the lucrative top 4 positions that allow entry into the Champions League is heating up, and it adds a little extra incentive for the participants of this London derby. Spurs are currently comfortably in 4th on 61 points, with Chelsea right behind them in 5th on 56. Spurs will be feeling all the pressure as they need to protect that lead, if they don’t manage at least a draw, Chelsea could be as little as two points behind them, making their top 4 spot a lot less secure. Chelsea have only won twice in their last six matches, though, while Spurs have taken all three points in all but one of their last six, so the form table would suggest Spurs are going to give Chelsea quite a challenge.

Liverpool have played probably the best football in the league this season, next to incumbent winners Manchester City, and they’ve gotten their reward by sailing further up the log during the second-half of the season. With Chelsea and Spurs battling it out in their own fixture, Liverpool have an opportunity to pull even further ahead of their trailing pack with a victory against Crystal Palace. Palace is barely skirting the relegation positions, but they’re a side that scraps for points, particularly at home. There’s often a bit of lethargy in the big teams when they return from international breaks, something that Palace can capitalise on if they pressure Liverpool.

Barcelona are a breezy eleven points ahead of their closest challengers in La Liga; Atletico Madrid, but with nine matches left before the conclusion of the season they can’t afford to take their foot off the pedal yet. Sevilla hasn’t had a lot of luck in the league for the last few weeks, but they showed a spirited performance to knock a toothless Manchester United side out of the Champions League not so long ago, so their confidence is probably still high. It’s a match Barcelona can’t afford to go to without being completely focused, so hopefully for them their team doesn’t suffer a hangover from the international break because Sevilla will make them work for every opportunity.

Wits will look to take the lead early when they venture to Danie Craven Stadium to take on Maties for the Varsity Cup Semi-Final on Monday. It will be Wits’s first ever Varsity Cup semi-final this year after finishing fourth on the overall log. Wits have looked like a new side this season after taking some big scalps to make it to the business end of the competition. The Braamfontein-based side played eight matches and managed to secure four victories, which was enough to see the men in Blue and Gold march into the top four with 25 points, just a point ahead of Shimlas. Maties will have an axe to grind going into the game, as the maroon machine had a perfect record before their fixture with Wits earlier in the season. Hawies Fourie’s men will therefore want to use their home ground advantage to settle score.

NWU are prepared for a multi-faceted UJ when they host the Joburgers in Potchefstroom on Monday in the Varsity Cup semi-final. Jonathan Mokuena’s side will be disappointed after their 33-33 all draw to Maties at home, but they won’t have taken a hit to their confidence after producing one of their best performances this season. UJ will be quietly confident going into the game after a solid stream of victories barring a draw to UP-Tuks in Round 7. UJ haven’t lost a game since Round 4, which was an 18-15 defeat to NWU, in a clash where UJ showed incredible resolve to come back from a sizeable deficit to almost claim victory.

For more on Varsity Cup: