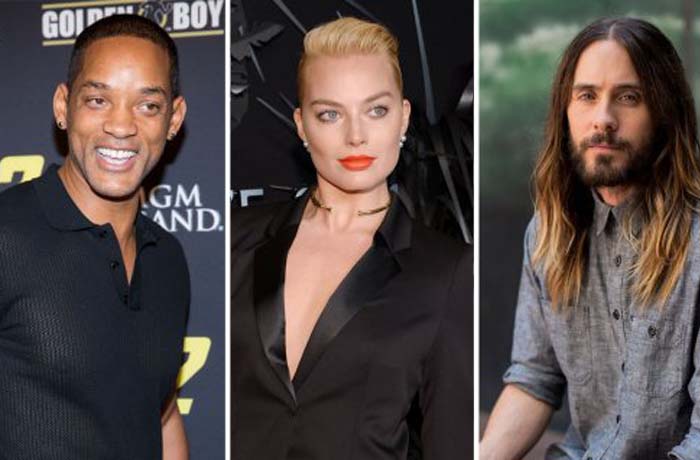 The official cast for the upcoming super-villain mash-up movie has been revealed, and it’s packed full of talent…

It’s been speculated for the past couple weeks, but it’s now official: Jared Leto will play The Joker in the upcoming Suicide Squad movie.

The Hollywood Reporter has officially confirmed the news that Leto himself swore not to speak of, meaning that the Oscar-winning actor has signed on for his first comic-book outing.

The publication also confirmed that Margot Robbie (The Wolf of Wall Street) will play Harley Quinn, his on-and-off girlfriend. Jai Courtney will be Boomerang, while Cara Delevingne will play Enchantress. Will Smith and Tom Hardy will also star in the film as Deadshot and Rick Flagg respectively.

Suicide Squad follows the titular group of imprisoned super-villains who perform high-risk missions for the U.S. Government in exchange for commuted sentences.

Jesse Eisenberg, who was rumored to be involved with the movie due to his role as Lex Luthor in the upcoming Batman v Superman: Dawn of Justice, is not part of the official team, nor the official cast, according to sources. But that does not rule out a cameo appearance for him or other actors playing villains or heroes in the Warners’ other DC-based movies.

David Ayer (Fury) is both writing the script and directing.