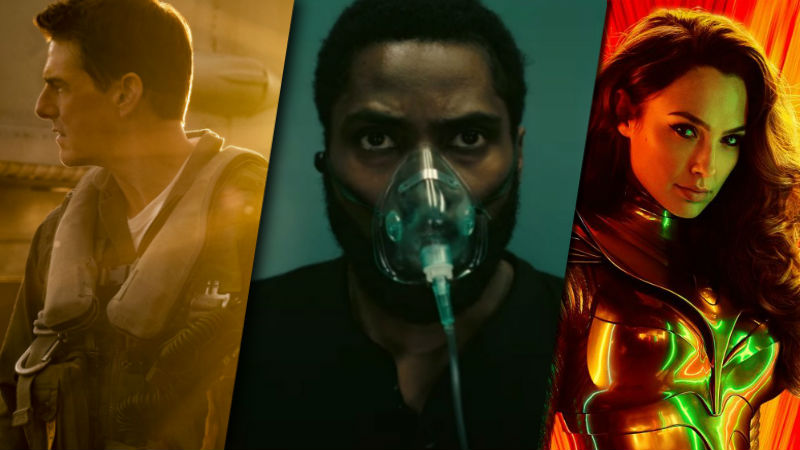 2020 still has some cracking big-screen releases to indulge in!

The 2020 movie season has been thrown on its head with the delays caused by the COVID-19 pandemic; however, while everyone has become accustomed to a movie night at home, there are still some big-screen releases heading your way this year.

Inception director Christopher Nolan’s Tenet must be the most secretive movie of the year, but one thing we do know: it’s going to be another mind-melting action/sci-fi spectacle. Starring John David Washington (BlacKkKlansman, Ballers), Tenet follows an international espionage mission that will unfold into something beyond real time. Not time travel, though, but rather ‘inversion’. The cast of also includes Robert Pattinson, Elizabeth Debicki, Dimple Kapadia, Aaron Taylor-Johnson, Clémence Poésy, Michael Caine and Kenneth Branagh.

Daniel Craig is back to follow up Spectre in the next (and supposedly his last) Bond film. In No Time To Die, Bond is pulled out of retirement to rescue a kidnapped scientist who turns out to be far more treacherous than expected. Alongside Craig, Bohemian Rhapsody’s Rami Malek takes on the role of the villain this time around, with Ralph Fiennes, Naomie Harris, Léa Seydoux, Ben Whishaw, and Jeffrey Wright all along for the ride.

With the Infinity Saga phase of Marvel’s ever-expanding universe all wrapped up, the studio is now looking to flex it muscles with some of the lesser-appreciated characters – with Scarlett Johansson’s Black Widow finally getting her solo movie. Directed by Cate Shortland, Black Widow will explore the life of assassin-turned-Avenger Natasha Romanoff after the events of Captain America: Civil War, and everything leading up to Infinity War.

As its title suggests, the Wonder Woman sequel is set in the height of the Cold War, with Diana Prince set to take on two all-new foes: Max Lord and The Cheetah. Patty Jenkins is back in the director’s chair, and Gal Gadot returns the title role, alongside Chris Pine as Steve Trevor, Kristen Wiig as The Cheetah, Pedro Pascal as Max Lord, Robin Wright as Antiope, and Connie Nielsen as Hippolyta.

The sensory-horror film A Quiet Place gets a sequel this year, as Emily Blunt returns to her role from the first film, searching for a new haven for her children in a world overrun by blind but deadly monsters. Cillian Murphy and Djimon Hounsou flesh out the cast, while writer and the original’s star John Krasinski also reprises his role from the first film through flashback sequences.

It may have been a 33 year gap, but the follow-up to 1986’s Top Gun is releasing this year. Directed by Joseph Kosinski (who helmed the under-appreciated Tron: Legacy), the sequel continues the story of Captain Peter “Maverick” Mitchell and his fighter-pilot antics in world where war is changing drastically. But, of course, there’ll be some 80s throwbacks, including a obligatory beach scene and some stellar bomber jackets on show.

Which movie are you most excited for? Let us know by tweeting @MenStuffZA, posting on our Facebook page, or commenting below.