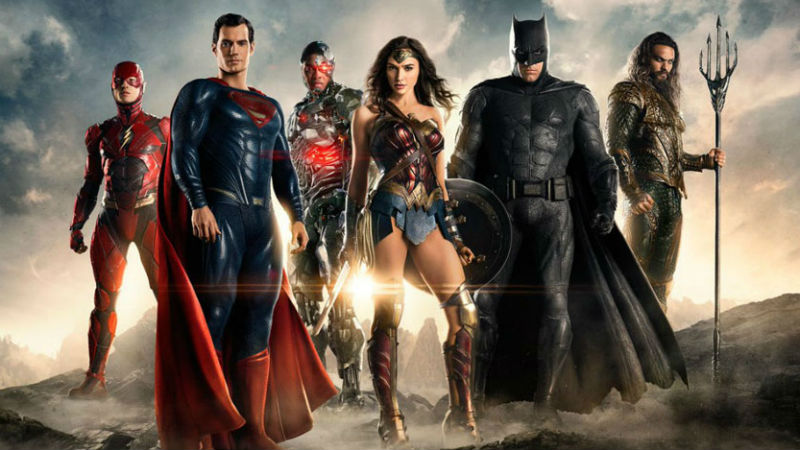 2017 has already been a massive year for film. With big-name sequels, blockbuster reboots, and some interesting new films already dazzling us, we take a further look ahead to what’s on the cinematic horizon.

Spider-Man: Homecoming sees Marvel and Sony’s collaborative take on Spidey in his standalone movie to tie into the Marvel Cinematic Universe, following his scene-stealing moments in Captain America: Civil War, of course. Tom Holland heads up the film as Peter Parker/Spider-Man, and Robert Downey Jr makes some notable appearances as Tony Stark/Iron Man as they have to save New York from a new villain, The Vulture, played by Michael Keaton.

Will Ferrell’s comedies have been hit or miss in recent years, but The House looks to be Farrell back to his ridiculous best. After Scott and Kate Johansen (Ferrell and Amy Poehler) lose their daughter Alex’s college fund, they become desperate to earn it back so she can pursue her dream of attending a university. With the help of their neighbor Frank (Jason Mantzoukas), they decide to start an illegal casino in the basement of his house.

War of the Planet of the Apes

In the third instalment of the rebooted Planet of the Apes franchise, the conflict between humans and apes hits a boiling point, which forces Caesar and his apes into a deadly conflict with an army led by a ruthless Colonel. Andy Serkis once again provides motion capture for Caesar, with Woody Harrelson, Steve Zahn, Amiah Miller, Karin Konoval, and Terry Notary all joining the cast.

An action comedy about the world’s top protection agent (Reynolds) and his new client: a notorious hitman who came in from the cold (Jackson). They’ve been on opposite ends of a bullet for years. They hate each other. Now they’re stuck together and have 24 hours to get from England to The Hague. The only thing standing in their way is everything a murderous Eastern European dictator (Oldman) can throw at them.

Valerian and the City of a Thousand Planets

The upcoming movie based on the Valerian and Laureline graphic novel series is being helmed by The Fifth Element director Luc Besson, and it stars Dane DeHaan, Clive Owen, Ethan Hawke, and some other notable names. Besson will take the iconic source material into a unique and epic science fiction saga with a contemporary makeover. The story follows Valerian and Laureline who embark on a mission to the intergalactic city of Alpha, a metropolis comprised of thousands of different species from all over the universe. It looks to be a spectacular visual onslaught mixed up with some interesting characters.

Of course, anything with Christopher Nolan’s name attached to it can’t be ignored, and his latest war epic, Dunkirk, is looking to be a spectacular albeit brutal look at the globe-changing conflict of WWII. Starring Fionn Whitehead, Cillian Murphy, Tom Hardy, and a host of other fantastic actors, Dunkirk tells the story of the Dunkirk Evacuation from the perspectives of land, sea, and air.

Edgar Wright is one talented man. Not only did he direct Scott Pilgrim vs The World, Shaun of the Dead, Hot Fuzz, and The World’s End, but he also put the screenplay together for Marvel’s Ant-Man; and his next film, Baby Driver, is looking to be another stylised classic. The slick action film follows a getaway driver named Baby (Ansel Elgort), who relies on the personal beat of his preferred soundtrack to be the best in the world of crime. When he meets the girl of his dreams (Lily James), Baby sees a chance to ditch his criminal life and make a clean getaway. Of course, things are a little more complicated than that.

IT is not the only Stephen King property making its way to the big-screen this year, as an adaptation of the famed The Dark Tower will also see its cinema debut. The Dark Tower follows a weary, isolated Gunslinger named Roland (Idris Elba). Roland follows Matthew McConaughey’s Man in Black across a desert landscape, seeking revenge and trying to make his way to the Dark Tower, a metaphysical cosmic nexus that holds the key to restoring Roland’s burned-out shell of a world — and to destroying our own.

If you wanted a little reminder why murderous clowns are so terrifying, you’ll be glad to know that IT‘s reboot will drop later this year. The movie is somewhat of a retelling of the Stephen King original, where a group of disappearances leads some curious kids to seek out the truth, but they find something a whole lot more horrific and close to home than they expected.

One of our favourite films of 2015 was Matthew Vaughn’s Kingsman: The Secret Service. Not only was it a great action film, but it introduced us to an espionage-packed world with a dark sense of humour that we need more of. The sequel picks up after the events of the first movie. When the Kingsman’s headquarters are destroyed and the world is held hostage, the Kingsman discover an allied spy organization in the US, and these two elite secret organizations must band together to defeat a common enemy.

Thirty years after the events of the first film, a new blade runner, LAPD Officer K (Ryan Gosling), unearths a long-buried secret that has the potential to plunge what’s left of society into chaos. K’s discovery leads him on a quest to find Rick Deckard (Harrison Ford), a former LAPD blade runner who has been missing for 30 years.

Although Thor was seen last year in Avengers: Age of Ultron, it’s been since November 2013 that the God of Thunder led his own movie. This year, Thor: Ragnarok will finally return moviegoers to his world, where the blonde Avenger must confront the gods when Asgard is threatened with Ragnarok, the Norse apocalypse. In classic Marvel fashion, there aren’t too many details available at the moment, but it has been confirmed that Mark Ruffalo’s Hulk will feature in the film.

Easily one of the biggest films arriving in 2017 is Justice League, which will see DC’s biggest heroes, including Batman, Wonder Woman, Flash, Cyborg, and Aquaman unite for the first time on the big-screen. Zack Snyder returns to direct the movie which picks up after the events of Batman v Superman, Bruce Wayne searches the globe for other superhumans to form the Justice League. The film has the star power, eye-candy, and fandom to make it something truly special, and the first trailer gives us an idea of how things are going to come together in Justice League: Part 1.

Following the colossal success of The Force Awakens, the next chapter of the Star Wars franchise arrives in December to take the saga forward. Taking over the directing duties of JJ Abrams is Rian Johnson, who helmed the brilliant sci-fi flick, Looper. Daisy Ridley, John Boyega, Mark Hamill, Adam Driver, and Oscar Isaac will all be returning, with some new and familiar character also set to play a bigger role in the sequel. Being the second film in the new trilogy, expectations are high for this one.

What movie are you most excited for in 2017? Let us know by tweeting @MenStuffZA and commenting below.