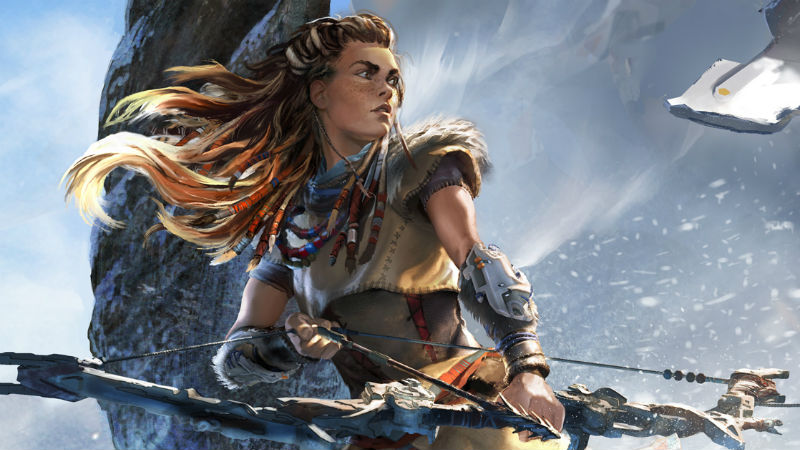 This week sees February coming to a dramatic close and March stepping into the limelight to showcase its plethora of great gaming releases. Of course, there’s also a new console hitting the market this week, as Nintendo delivers its Switch system to hungry gamers, but before things get too overwhelming, let’s take a look at the massive titles worth your attention this week:

What is it? Killzone developer Guerilla’s post-apocalyptic action-adventure game Horizon: Zero Dawn is an exciting yet savage look at a world post-modern civilisation. Playing as heroine Aloy, the game relies heavily on its hunting, stealth and combat mechanics in order to survive the harsh environments and giant robotic beasts that look something like Terminator dinosaurs. Horizon: Zero Dawn definitely has our attention.

Why should I play it? Horizon: Zero Dawn looks to be something quite special. We’ve seen quite a bit since its E3 2015 reveal, with the gameplay and story looking sublime, but there’s obviously a lot more to the game to discover ourselves. It oozes triple-A quality and the development pedigree of Guerilla Games ensures that it’s something to put on your must-play list.

How much does it cost? R945 on Takealot

The Legend of Zelda: Breath of the Wild

What is it? To accompany Nintendo’s new gaming console, fans are getting their hands on the long-awaited Zelda game, Breath of the Wild, which is a huge, open-world adventure title where you have to explore, fight, and traverse the vast environments in order to conquer the quests that await you.

Why should I play it? The game is quite easily the largest and most ambitious game in the franchise to date, featuring new gameplay elements like changing weather patterns and scalable cliffs. There is also a wider array of weapons like spears and axes that Link has access to, along with the ability to pick up food to replenish health. Enemies also live in colonies rather than scattered randomly around Hyrule, and the game is compatible with several coming amiibo figurines.

What is it? The long-awaited RPG from inXile (Wasteland) and spiritual successor to Planescape: Torment arrives this week, and this one promises to be a deep role-playing experience with hard choices, lots of reading and mystery. It takes place in Monte Cook’s Numenera setting and promises dozens of hours of exploration and adventure.

Why should I play it? The game was a huge Kickstarter success, and the team behind it worked on Planescape: Torment, one of the most critically acclaimed and beloved role-playing games of all time. It’s perfect for anyone looking for deep, reactive gameplay and a rich narrative experience.

What game are you most excited for this week? Let us know by tweeting@MenStuffZA and commenting below.