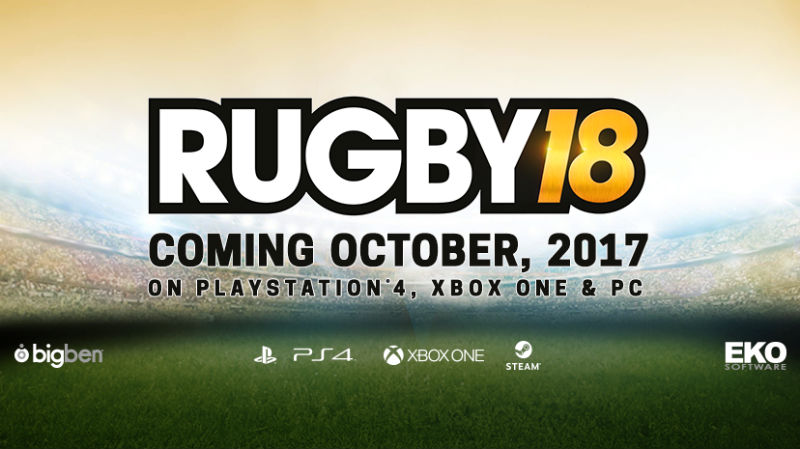 Rugby 18, scheduled for an October release on Xbox One, PS4, and PC, is looking more and more promising thanks to on-going licensing announcements, and the latest unveilings are biggies.

Revealed via an interview between YouTuber TheScottishCannon and EKO Software producer Jean-Georges Levieux, the All Blacks, England, and Fiji teams and players have now been confirmed to be licensed in the forthcoming release; meaning that the full team kits, players, and associated likenesses will all be present for the three big nations.

This announcement follows the news that the Springboks and Wallabies are also licensed in the game, making the total number of international sides even further and adding some serious credibility to the game. Scotland, Wales, France and Italy have also been previously announced.

In addition to the international licensed, it’s also been revealed that the new, expanded Pro 14 competition will feature in the game, that means all the teams in the competition (such as Leinster, Cheetahs, Southern Kings, Munster, and more) will be included too. We’re quite excited for Rugby 18, and Big Ben Interactive recently released a “making of” trailer, which gave some insight into the commentary and a few snippets of gameplay; along with a new video highlighting the career mode.

Rugby 18 will launch on Xbox One, PS4, and PC in October.

Call of Duty: WWII Gets an Emotional Story Trailer