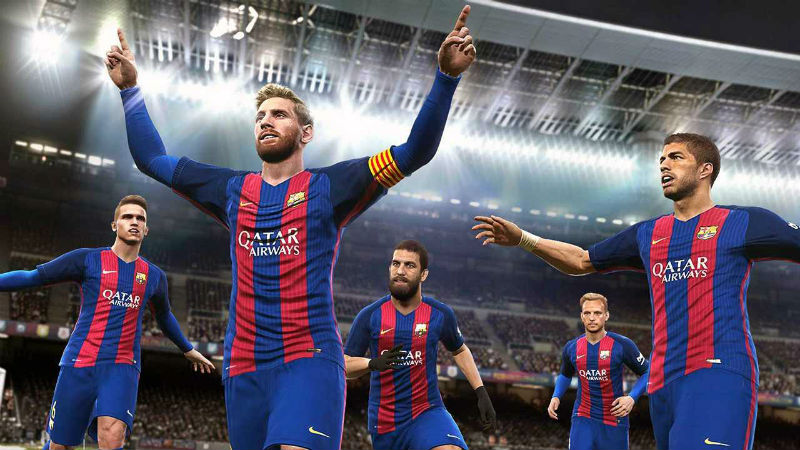 Konami’s Pro Evolution Soccer is back for another season and looking to increase its dent in a market that has come to be dominated by FIFA in recent years. The franchise has made great strides to deliver a more comprehensive and well-rounded gameplay experience, and with the latest entry releasing this week, international game journos are already providing their thoughts on the latest footie-sim.

Here’s what they had to say:

VideoGamer – Score not finalised: “A lot has gone into changing how the game is played in PES 2018. The more measured approach is wonderful, as is Real Touch+. That’s why the parts that need an upgrade stick out more than they have in years.”

Trusted Reviews – No score: “PES 2018 continues to be great, but this year feels far more akin to 2017 than that did to 2016. A gradual evolution is fine, especially when what was already there was excellent to begin with, but in a year when its big rival, FIFA 18, is promising huge changes, the competition continues to be as fierce as ever.”

GamesRadar+ 4/5: “No matter the grumbles, those issues can’t take away from PES 2018’s overall recreation of the beautiful game. The same questions are asked every year of annual football/soccer simulations, is this better than last year? (Undoubtedly) Is it better than FIFA (We’ll have to wait and see, but probably) and, maybe, just maybe, is it the best football game ever? The answer is… nearly. As a wise commentator once said, nearly is nothing, but this is as close as we’ve gotten to Pro Evo perfection in a long, long time.” Metro – 9/10: “How PES 2018 will compare to FIFA 18 remains to be seen, but all signs point towards both games having a quiet year. PES 2018 is arguably the best the series, and video game football in general, has ever been, and yet it’s very hard to be all that excited about the fact. Being 1% better than a game that was already little different from its predecessor isn’t much of an accomplishment, even if the end result is still amazing.”

IGN – 9/10 (Not final): “True, it’s a game that benefits from serious time being dedicated to it, in order to learn all of its possibilities. As such, it’s not easy to recommend PES 2018 to the casual football game fan. But for those serious about diving in and soaking up all there is to know about Konami’s beautiful game, you will not find yourself disappointed.”

Stuff – 4/5: “That makes its offline options more appealing than they might otherwise be but unless its multiplayer mode has been fixed you might find yourself craving new challenges before next season starts. Anyone unconvinced by PES before won’t find anything new here to tempt them now but those who had submitted to its charms won’t be disappointed.” GamesReactor – 9/10: “All in all, we came away from PES 2018 with many more positives than negatives. It’s a true polishing of the winning formula that has been established over the past few years, and the added features like improved goalkeepers, advanced dribbling, and Random Selection mode should all go down well with fans of the series and football games in general.”

FourFourTwo – 4.5/5: “Man Red vs Man Blue still won’t appeal to those seeking all the authentic bells and whistles, but if you can look past that, and merely want a game that pits 11 men against 11 men while accurately mimicking real football, PES 2018 does an incredible job. It’s time to drop the misty-eyed callbacks to PES 3 and PES 6. This is a series that, where it really matters, is at its absolute peak.”