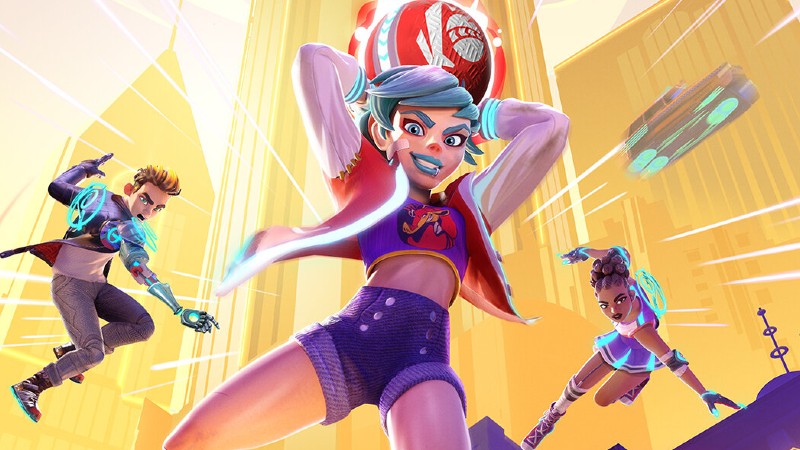 From modes to tactics, here’s what you need to know about Knockout City!

If you’re tired of shooting your friends in the face, Knockout City will give you the chance to throw a ball into them instead. Essentially a suped-up dodgeball battle, Knockout City sees two teams going head-to-head to eliminate one another with trick shots and coordinated teamwork while dodging and catching balls flying across the map. A variety of outlandish ball types, locations, and game modes keep it exciting. Plus, each season introduces new maps, ball types, rewards, events, and challenges. Before diving into the world of Knockout City, here are a few things you need to know: Knockout City is only 3v3, so you need to rely on and coordinate with your team in order to overcome the opposition. The maps are varied, have some serious verticality to them, but can also be quite tight into choke-points, so you’ll need to communicate with your team to ensure that you all know when to dodge and when to attack.

You don’t have your normal run-of-the-mill dodgeballs in Knockout City. The game features a handful of ball-types to mix up the gameplay and give you some options when attacking. From the Moon Ball, which allows the player holding the ball to jump higher, to the Bomb Ball, which is a time bomb that explodes on impact, there’s a lot of variety in the way you want to play. There’s even a sniper-shot ball to launch a fast, almost undodgeable direct hit!

You can use more than dodgeballs As mentioned above, you need to use your teammates, literally! Knockout City not only gives you the option to use a variety of ball-types, but also throw your own teammates. If you’re stuck in a position without any balls and need some ammo ASAP, you can request your teammate to bundle into a ball and launch them at the opponent. It’s an ingenious way to level the playing field even if you can’t get your hands on any balls, and adds an unpredictable element to your strategy.

No shortage of friends

Knockout City features cross-play functionality, meaning that no matter what console or system you’re playing on, you can team up with your Xbox, Playstation, PC, and Switch buddies! Furthermore, the developers ensure that irrespective of your chosen platform’s capabilities (even if you are using that old PC), everyone will get the same super-smooth gameplay experience.

Also, if you’re not that much of an online gamer but like the sound of Knockout City, you can still enjoy solo play and indulge in the training space, allowing you to play against some skill-testing AI opponents. It’s only the beginning

While the base game alone offers a whole lot to enjoy, EA has confirmed that Knockout City will be getting a ton of seasonal content, such as new maps, balls, swag, cosmetic items, and more! The best news is that access to each season does not require a pass, once you buy the game, you get everything else for free.

Knockout City is available on Xbox One, PS4, Switch, and PC, with next-gen support. There’s even a full trial for all platforms, so you can try before you buy. You can check out more on Knockout City on EA’s official website.