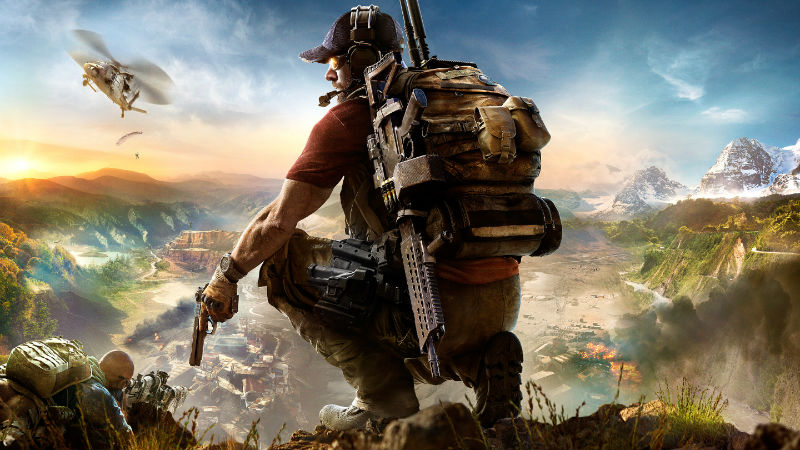 We delve into the drug-riddled world of Wildlands to see if the latest instalment in the Tom Clancy franchise lives up to its name.

If Just Cause, The Division, and Far Cry had some sort of weird super-baby, it would be Wildlands. Yes, this is a Ghost Recon game, but it’s a stripped-down, gritty version of the tactical shooter that delivers something familiar yet refreshing to the franchise. The concept to tackle the Ghost Recon world sans the invisibility cloaks and fancy gadgetry works excellently well in the context of a Bolivian drug-war where you go after machine-gun toting cartels rather than high-end terrorists. It’s one of Ubisoft’s most accomplished games, and an experience every gamer should be delving into. From a story perspective, it’s got exactly what you want: bro-tastic banter, a despicable villain, and enough attitude to fill a mid-90s cartoon about skateboarding teens. It doesn’t change the norm of drug-cartel narratives, but it has a surprising amount of depth and variety in the back stories of each target you go after in the game.

And this attention to detail applies to the world and action around you. Each mission (and sub-mission leading up to the big kill/interrogation) is incredibly well designed, offering players an interesting playground of opportunities, where you’ll need to analyse the surroundings, adjust your gear, and co-ordinate your team in order to sneak in and out undetected. Of course, most times, this doesn’t usually go to plan, but that’s one of Wildlands‘ best traits. Sniping and picking off enemies from afar and remaining undetected is always satisfying, but the action that kicks off when things go south is just as enjoyable. When enemies just in their helicopters and vehicles to chase you down, and you’ve got to high-tail it out of there, some of the game’s best attributes shine through.

While we compared Wildlands to Just Cause 3, the action itself isn’t as bombastic as Avalanche Studios’ over-the-top action game, but it does have the same sense of unscripted chaos which can unfold at any moment, and it’s incredible.

While silently hunting a notorious cartel member in his abode, a guard was alerted, sending their boss into an armoured vehicle. Our stealthy incursion went sideways. A wild chase ensured as my team hopped into our own minigun-mounted buggy; but while exchanging machine-gun fire across the roads, the armoured enemy vehicle collided with an NPC’s lorry. The target jumped to foot to make a run for it. After getting over a few hills he emerged in an open plain. I didn’t panic. I tracked him from the wreckage of his smoking vehicle, spotted him making his dash for freedom. I laid down, pulled out my sniper-rifle, took aim, and with one direct shot, eliminated the target as he was making his way over the horizon.

These are the moments that make Ghost Recon: Wildlands great, and moments that every gamer should indulge in, because at the end of the day, we all need to go off-script to find the magic. Are you interested in Ghost Recon: Wildlands? Let us know by tweeting @MenStuffZA and commenting below.

Nintendo Switch in SA — When its Launching, How Much it Costs & What Games to Buy