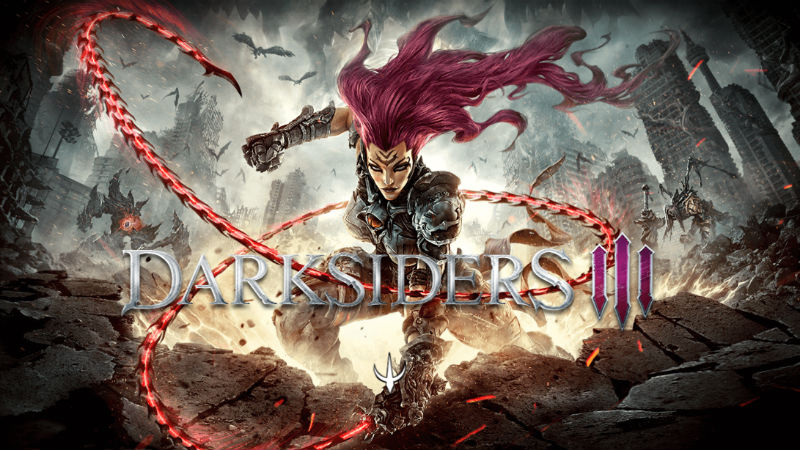 A new sequel in THQ’s apocalyptic hack-‘n-slash franchise has been secretly in the works for quite some time, but THQ Nordic and Gunfire Games (made up of original Darksiders’ Vigil studio team) have now officially announced the upcoming instalment via the game’s website.

According to the official statement and reveal video, Darksiders 3 will kick off following the events of the first Darksiders game and take place around the same time as the events of Darksiders 2; but this time players will take control of Fury, the female Horseman of the Apocalypse. Previous games have featured War and Death.

“Earth is now overrun by the Seven Deadly Sins and the mystical creatures and degenerated beings that serve them,” explains the synopsis on the Darksiders 3 site. “The Charred Council calls upon Fury to battle from the heights of heaven down through the depths of hell in a quest to restore humanity and prove that she is the most powerful of the Four Horsemen.”

Fury herself will be a very different character to that of War and Death, as she will rely on her whip as a primary weapon and magic to supplement it.

THQ Nordic have been paving the way for Darksiders 3 for a while now. Since buying the series, they’ve released remasters of the first two games and mentioned several times that a third game was always part of the plan.

Darksiders 3 will release in 2018. No platforms have been announced, but it’s safe to assume it’ll land on Xbox One, PS4, and PC, with a Switch release also likely.

Check out some of the screenshots below: Why Ghost Recon: Wildlands is a Game You Need to be Playing