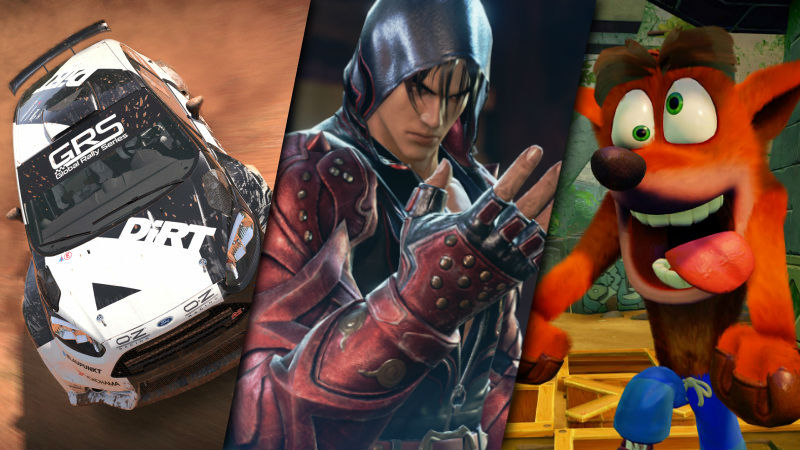 Here are the most anticipated games arriving this month.

2017 has already been somewhat of a whirlwind for gamers, with a wealth of quality titles arriving in succession since January. From Resident Evil 7 to Horizon: Zero Dawn, we’ve been treated to some great titles so far, but while things tend to slow down a bit in the mid-portion of the year, June still has some big-hitters waiting in the wings for us.

The King of the Iron Fist makes its return to gamers this month, as Tekken 7 finally arrives on consoles almost a year after its arcade debut in Japan. The next iteration of Bandai Namco’s famed 3D fighting series, bringing back veterans from the franchise alongside some spiffy-looking newcomers – including Kazumi Mishima, Kazuya’s mother who can perform literal tiger uppercuts with her beast companion. Expect plenty of heavy-hitting animations, devastating ground bounce combos, and bizarre backdrops. Yip, Tekken is back.

Codemasters’ latest entry into its off-road racing series skids onto consoles and PCs this month. The Dirt series was previously marketed with the license of the late Colin McRae, and while there have also been spin-offs in the last few years, including 2016’s well-regarded Dirt Rally, this is the first game in the core series since Dirt 3 in 2010. The new game will feature new off-road vehicles and tracks from locales all over the world.

Somewhat extremely similar to the recently released Friday the 13th game, Dead by Daylight is a multiplayer (4 v 1) horror game where one player takes on the role of the savage Killer, and the other four players play as Survivors, trying to escape the Killer and avoid being caught, tortured and killed. The Survivors’ goal in each encounter is to escape the Killing Ground without getting caught by the Killer – something that sounds easier than it is, especially when the environment changes every time you play.

Nintendo’s upcoming limb-centric fighting game Arms is shaping up to be an entertaining competitive experience for the Switch. Developed by the team behind the Mario Kart franchise, Arms takes full advantage of the Switch’s motion controls, giving you the chance to throw massive punches, jabs, and blocks using the full force and extent of your own appendages. The fact that Arms‘ characters and environments are infectiously vibrant and cheery doesn’t hurt either.

Fans have been demanding it for quite some time, and finally Sony has listened. Everyone’s favourite bandicoot is making his return with the Crash Bandicoot: N. Sane Trilogy, which is a collection of high-definition remasters of the first three Crash Bandicoot games (Crash Bandicoot, Cortex Strikes Back, and Warped). The trilogy adds new features across all three games , including unified checkpoints, pause menus, and save systems, including both manual and automatic saving, and time trials, which were first introduced in Warped. It also features high-definition 4K resolution and remastered audio.

Sniper: Ghost Warrior 3 Review — A Successful Shot in the Dark?

7 Awesome Games You Can Buy for Under R200