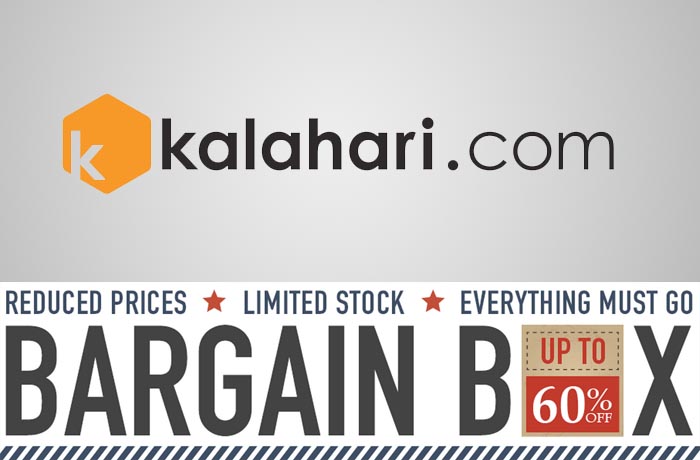 Kalahari is currently running its Bargain Box sale, which sees gadgets, electronics and game prices cut up to 60% off.

Here are some of the featured items:

The Nokia Asha has been cut down to R799, down from R1,347, which is not a bad option if you’re looking for a cost-efficient phone that can deliver most smartphone features you’ve become known to expect, such as WiFi, apps and a decent camera.

In terms of the games on offer, some of the notable specials include Battlefield 4 on Xbox 360 for only R399, and Batman: Arkham Origins on PC for R209.

The clearance sale is only available while stocks last.