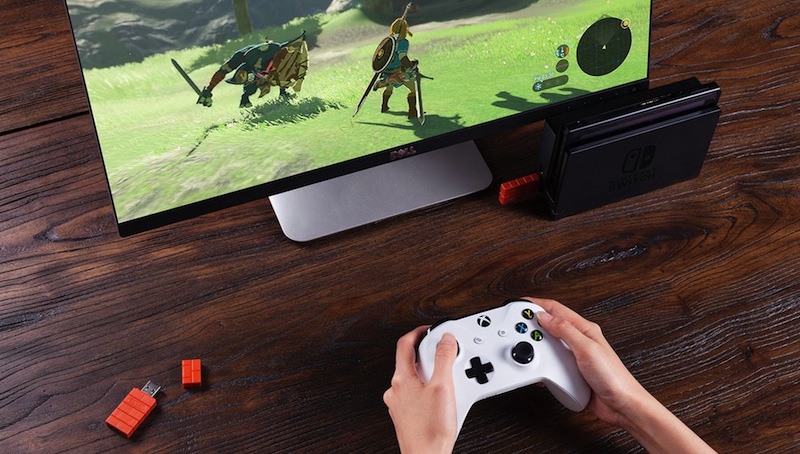 If you want to use your PS4 or Xbox One controller with your Switch, there’s a solution.

Much has been said about the default controller that comes with the Nintendo Switch; and opinion is somewhat divided. Some aren’t particularly bothered about using it, while others would prefer a more traditional controller setup for certain games.

Well, if you’re a fan of tried and true controllers and aren’t partial to the Switch’s default one, it’s actually possible to link up a Playstation DualShock 4 or Xbox One controller to your Switch, using a clever USB adapter. The adapter is made by peripherals company 8Bitdo, who are well known for creating devices of all kinds using Bluetooth technology in game controllers.

The cutely designed little USB dongle just needs to be plugged in and paired with the controller and you’re off to the races. Impressively, the adapter doesn’t just facilitate this specific pairing. It also works with 8Bitdo’s own Bluetooth gamepads, Wii remotes, Wii U Pro controllers, and Switch Pro controllers, too. As far as compatibility, it’s almost universal, it can be paired with Windows, Mac, Raspberry Pi and of course, the Nintendo Switch.

It retails for a pretty reasonable price at around $20 (around R270), check it out here if you feel like adding a little extra customisation to your gaming experience!