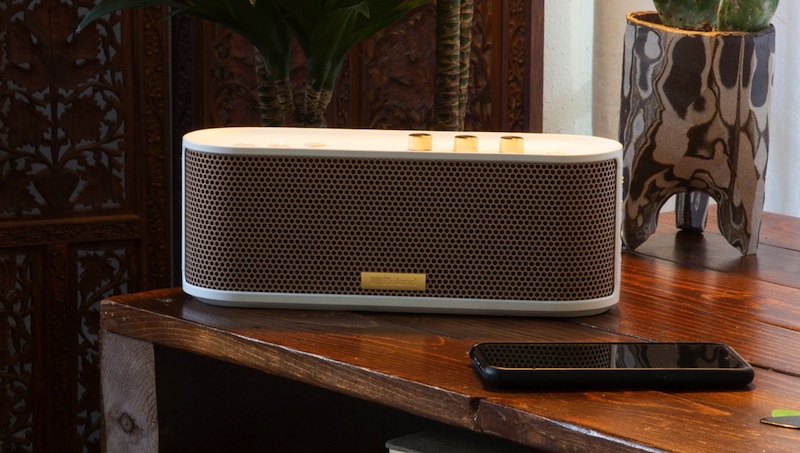 A Bluetooth speaker with a guitar-jack!

Portable speakers have been all the rage for quite some time, mostly showing serious versatility for social gatherings of any kind. They’re the perfect middle ground between the inconvenience of lugging around a full speaker system and the questionable quality that one gets just from using a mobile device’s rudimentary built-in speaker.

Famed audio equipment brand Roland is throwing their hat into the mobile speaker ring with their new BTM-1 speaker, which will fulfil the function of mobile sound-system perfectly and look quite impressive while doing it, too. Roland claim it has advanced cabinet and housing design as well as custom speakers, so its audio quality should be impressive and accurate. The BTM-1 has another trick up its sleeve, though, and it doesn’t have much competition when it comes to this particular function: a guitar-jack.

It might be easy to think this is merely a little tech gimmick with little function behind it, but it even includes Gain, Tone, and Level adjustment dials and an FX button that can initiate a delay for a bit of extra sound diversity. In addition, it has a stereo aux input and a headphone socket. You can even plug instruments other than electric guitars into the sockets if you need some extra sound power, so this is a great option for musicians that are on the move in general. Most amps are the opposite of portable, so for those who need something a little less cumbersome to keep with them in case a spontaneous urge to shred overtakes them, Roland’s BTM-1 is a fairly unique option that’ll play the role of Bluetooth speaker or amp depending on what the situation calls for! Pricing hasn’t been released yet but the rumour seems to be that it’ll be an Amazon exclusive, so keep an eye on their page for more info about its release!