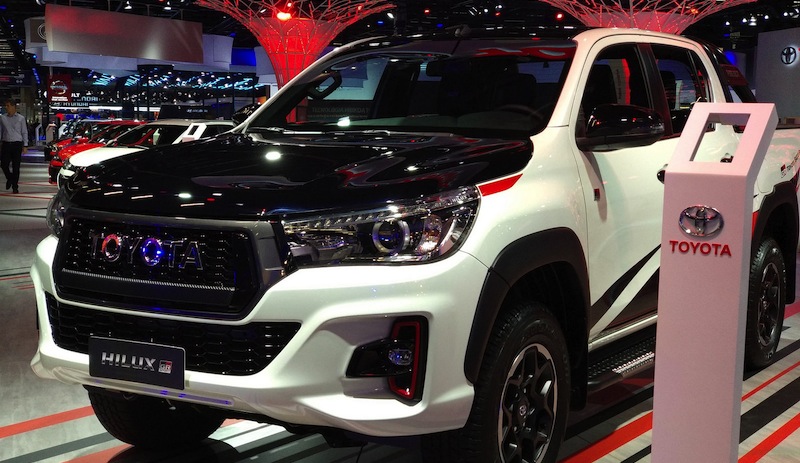 This off-road dominating special edition Hilux is coming to SA!

Toyota SA hosted their second ‘State of the Motor Industry’ (SOMI) event a couple of weeks ago, in which they discussed their future plans for the SA market. The Japanese brand revealed revised visions for a new RAV4, Corolla hatch, and new Prius – but the most eye-catching inclusion is their plan to release a sporty new Hilux.

As any bakkie enthusiast will tell you, the segment is becoming more and more broad, with serious competition and good options from a host of brands. The Hilux is a firm favourite in the SA market, but it’ll need to step up its game to stay one of the top choices around, so a sportier option could provide just that. Their planned ‘Heroic GR Sport’ Limited Edition Hilux is just the thing to showcase the brand’s direction – and although the design and visual elements will be the first thing to grab your attention, there’s more than just aesthetic improvement on offer. That said, 17-inch alloys, Gazoo Racing themed decals and body decoration, and unique front grille design all make sure that the GR-S stands out.

On the functional side, it’ll be driven by a 2.8-litre turbodiesel engine, with the biggest performance improvement bring the custom off-road suspension configuration that’ll beat even the current Hilux when it comes to taking it down the roads less traveled.

A unique revamp to the interior rounds out all the changes to the standard Hilux, but pricing has yet to be confirmed for the SA market – although prospective buyers can expect the release to be mid-2019.

This isn’t the first sport-based enhancement the big brands have seen in SA, as Ford released the Ranger Raptor last year to much fanfare.

The GS-R just might pack enough punch to give the likes of Ford and VW some competition? What do you think of the Toyota Heroic Hilux GS-R? Let us know by tweeting @MenStuffZA and commenting below.