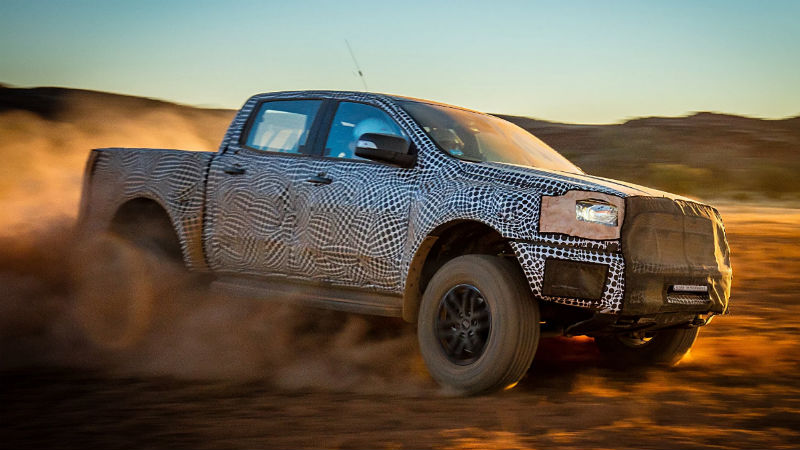 The purpose-built, desert-racing inspired bakkie is coming to SA!

Ford’s performance credentials are well-established both here and abroad, particularly among hot-hatch enthusiasts for whom the Focus ST and Fiesta ST are both favourites in the segment. Bakkie and off-road fans will have something serious to look forward to as the American brand have announced plans for a Raptor variant of the highly popular Ford Ranger to be made available in SA some time in the near future.

While the F-150, the king of the production pick-up truck segment, also features a Raptor variant that comes with a highly tuned 3.5 litre V6 that produces somewhere around 276kW, the Ranger Raptor isn’t expected to be quite that extreme. However, it will likely feature the most powerful drivetrain option in the line-up, which most industry experts think will be a turbo-charged EcoBoost engine, but the specifications are currently under wraps. Along with the definite increase in power output, a safe prediction is also a far more extreme suspension profile to cater for those who hit the toughest terrain in the country.

Although we’ve only really seen images of a test-model, Ford promises a more aggressive and head-turning update to its exterior too, and claim that the Raptor Ranger will be offering the kind of performance and presence that no other option in the mid-size bakkie segment currently matches.

They’ll be releasing more information shortly, but it’s safe to say that anyone looking to upgrade their bakkie has an extreme option to look forward to if they’re looking to destroy some dunes.