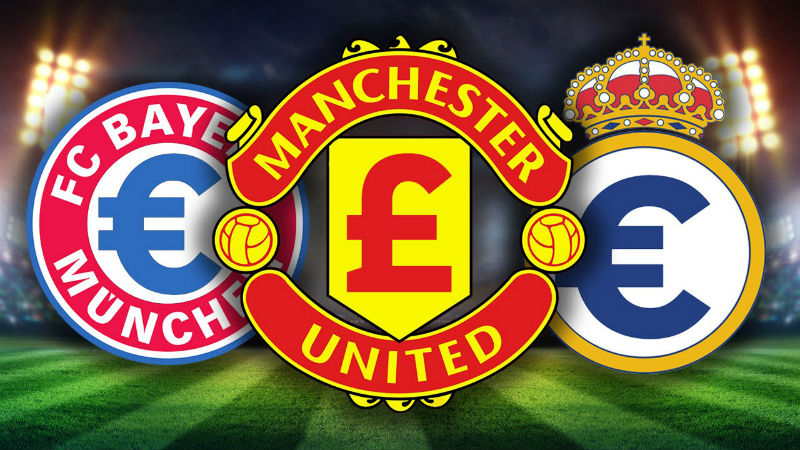 The European summer transfer window officially shut at midnight on the 31st of August and it’s been a high-spending rollercoaster for quite a number of clubs. We’ve seen the transfer record broken by over double its previous amount with Neymar’s somewhat unexpected move to Paris St Germain, along with other big money moves made by Barcelona, Manchester United and Chelsea. But, of course, spending exorbitant amounts of money doesn’t always equate to addressing the issues in a squad – here’s a countdown of the teams across Europe that improved their squads the most!

Everton has slowly been increasing its profile in the Premier League over the last two seasons, largely due to Romelu Lukaku’s prolific goal return despite not being in a team that creates a mass of chances. With Romelu Lukaku’s departure for £75m Everton had a job on their hands to replenish their squad with the funds from that sale, and for the most part, they’ve done a great job reinforcing every area of their squad from goalkeeper through to attack. Klaassen and Sigurdsson are both midfielders known for creating chances and contributing with goals, Ramirez managed double figure goals in La Liga last season, while Wayne Rooney adds some big match experience to their squad. Instead of spending their transfer budget on one or two expensive players they’ve chosen to invest in players like Klaassen, Pickford, Keane, and Ramirez who aren’t household names, but who could develop into starters and appreciate in value going forward. Overall it was a prudent and well-managed window for Everton and they conducted their business early in the window to avoid paying inflated prices closer to deadline day.

Manchester City had a disappointing season in Guardiola’s maiden season at the Etihad, their attack showed clear glimpses of their promise but they didn’t have the competence in defense to deal with other good attacking sides. They’ve managed to acquire three world-class full backs to replace the outgoing older players that should lend sharpness to City’s defense as well as attack. Dependable and tireless full backs are integral to Guardiola’s tactical setup, having remedied the most pressing issue in his squad means City will likely reap the rewards in tougher games that they would’ve dropped points in last season. Perhaps their midfield wasn’t bolstered as well as it should’ve been, but Yaya Toure and Fernandinho should hold down the fort well enough. City appear to be definite contenders for the title and their attack has shown they’re not a team to take lightly.

After a Chinese investment group gained control of AC Milan’s majority share they injected quite a bit of capital into the club to return them to a competitive level both domestically and in European competition. Considering the ludicrous fees paid for players like Neymar and Ousmane Dembele this window AC Milan managed an impressive nine first team transfers for less than Neymar’s transfer tag. All of the players are promising talents mostly from the Serie A and Bundesliga and form the core squad that manager Vincenzo Montella will task with challenging for the Serie A title ,and hopefully break into Europe’s elite ranks with. Whether it will pan out how the investors hope it will remains to be seen, but they’ve acquired an impressive team that the management staff could forge a formidable team out of.

PSG have publicly been setting their sights on the Champions League trophy ever since they became the subject of a takeover from wealthy investors in 2011. Although their record in Europe has improved remarkably over the last six seasons they’ve never looked like they’re capable of winning Europe’s premier competition, but with the record-breaking addition of Neymar that may be about to change. They’ve gradually composed an impressive squad full of world-class talent that seems just a tier below what’s necessary to lift the Champions League trophy, but Neymar may be sufficient to push them into contention. It’s quite a risk as they’ll be under intense scrutiny this coming season, but their bold move may pay off and deliver the club’s first Champions League trophy ever.

While Monaco have lost some of their most impressive players that lead them to the Ligue 1 title last season they’re accruing a staggering amount of money in doing so. The scouting team Monaco are employing have managed to locate players that they sign for reasonable amounts only to sell them on for massive profits, with Anthony Martial’s £50m transfer a couple of seasons ago starting the trend. More recently young French striker Kylian Mbappe has come to the fore and he will likely fetch north of £150m in a transfer to PSG next season after his loan for this season, which Monaco will be able to reinvest as they see fit. The principality club has shown a brilliant model of acquiring talent and profitably selling them on while still competing for trophies. They’ve got a big job ahead to replace the players they’ve lost – but they’ve got a bursting piggy bank to do it with.

The transfer window has officially concluded and clubs across Europe can now focus on the achievement of their trophies. We’ve had a look at some of the clubs in the major leagues that have navigated brilliant transfers both in and out, but will their moves lead to trophies or success in the coming season? Keep your eyes on PSG, they’ve acquired the two best young forwards in Europe and are likely to set the stage alight in this season’s Champions League!

What are your thoughts on the transfers that went down during this window? Which teams will come out on top this season? Let us know by tweeting us @MenStuffZA!

Who’s your money on this season?

Thomas Lemar Scores the Goal of the Weekend [Video]