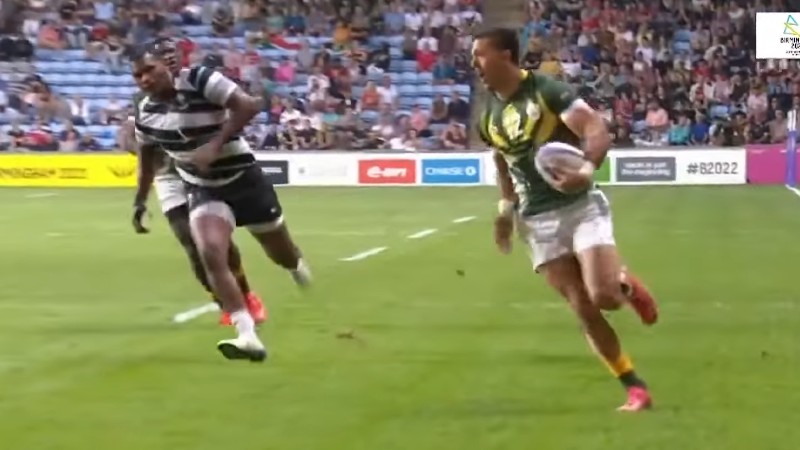 South Africa has emerged victorious at the 2022 Commonwealth Games held in Birmingham, England, winning the gold medal in the men’s sevens.

The Blitzbokke were undoubtedly the dominant team of the tournament, dispatching of all their opponents in their pool games, before knocking out Australia and taking on a powerful Fiji side in the final.

The Boks almost kept the Fijians scoreless (no easy feat), but ended with a 31-7 scoreline.

One of the standout moments came from winger Muller du Plessis, who outpaced the Fijians on the wing (something that doesn’t happen very often) to score a try that put Fiji out of contention.