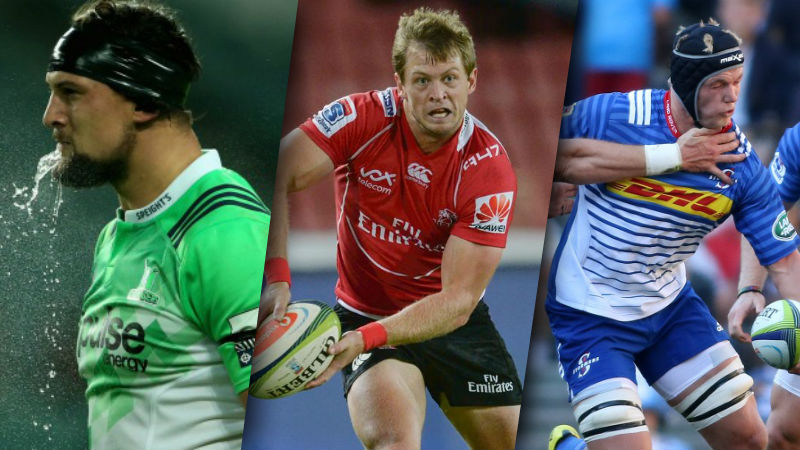 Who made the biggest impact this past weekend?

Now that the dust has settled after Round Four of Super Rugby, we select the players that stood out over the weekend.

1. Chris Eves (Hurricanes) – Eves was prominent around the field including a couple of incisive runs and solid in his core roles.

2. Malcolm Marx (Lions) – Marx showed exactly how valuable he is in the Lions’ starting lineup. The 21-year-old was powerful with ball-in-hand, charged down a kick, almost scored, and made the Cheetahs defenders work very hard to bring him down. He also showed his strength against the Cheetahs pack at scrum-time.

3. Siosiua Halanukonuka (Highlanders) – The big Makos prop helped destroy the Waratahs scrum on several occasions whilst being rock solid on the Highlanders own feed; and some good defence in and around the ruck area too.

5. Pieter-Steph du Toit (Stormers) – It was another workmanlike performance from the big lock on attack and defence. He was also his reliable self at the line-outs once again

6. Elliot Dixon (Highlanders) – Dixon was dubbed “The Everywhere Man” by Greg Clarke and his commentary team on Friday night and that was absolutely, 100%, bang on the money; tries, tackles, carries, link play, lineout takes, lineout steals, scrapping for ball on the ground, Dixon was everywhere

7. Siya Kolisi (Stormers) – Kolisi was a constant threat at the breakdown and kept the Stormers in battle against the likes of David Pocock. Kolisi also made some great ball-carries and offloads to keep play going. A strong performance from the 24-year-old.

8. Liam Squire (Highlanders) – he complimented the work of his fellow loose forward beautifully with powerful carries, strong in the tackle and excellent around field as illustrated by his involvement in the tackle to bundle Michael Hooper into touch as he galloped down the sideline in the penultimate minute of Friday night’s game.

9. Nick Frisby (Reds) – Frisby’s combination with Jake McIntyre continues to grow each week match, and on Saturday night Frisby was on fire. He had two try-assists  and was busy all over the ground.

10. Elton Jantjies (Lions)  – Was back to best against the Cheetahs after a below part effort in the previous round. Jantjies did well as a playmaker and finished with a 17-point haul thanks to a try, three conversions and two penalties. Edges out the Crusaders’ Richie Mo’unga and Kurt Coleman of the Stormers.

11. Nemani Nadolo (Crusaders) – The Chiefs’ James Lowe was great, but Nadolo gets the nod, as his explosive power and speed was too much for the Kings to handle. He broke through the defensive line a few times and scored two tries on Saturday.

12. Charlie Ngatai (Chiefs) – Did the basics well to help his side to a narrow victory with an assured display in midfield against the Jaguares in Buenos Aires. Ngatai made only 40 metres on attack but his ability to straighten the line, draw in defenders, and create space for his outside backs is what gets him into this week’s side.

13. Samu Kerevi (Reds) – Best match of 2016 for the Fijian flyer. Kerevi ran hard lines and put on huge hits at outside centre. When Kerevi fires, so do the Reds and it was no coincidence they both had their best games of the year against the Blues.

14. Ruan Combrinck (Lions) – Another stellar performance from the Lions winger,racking up the metres against the Cheetahs and having some pivotal line-breaks that lead to Lions tries. Combrinck is in a league of his own at the moment.

15. Ben Smith (Highlanders) – Went head-to-head with Israel Folau of the Waratahs and just edged out his Wallaby counterpart in a battle of, arguably, the world’s best full-backs. Smith was, as usual, dangerous on attack gaining 104 metres from 15 runs with one clean break and six defenders beaten. Damian McKenzie of the Chiefs also impressed.

Who do you think deserves to be in the Super Rugby team of the week? Let us know in the comments below and tweet us @MenStuffZA.