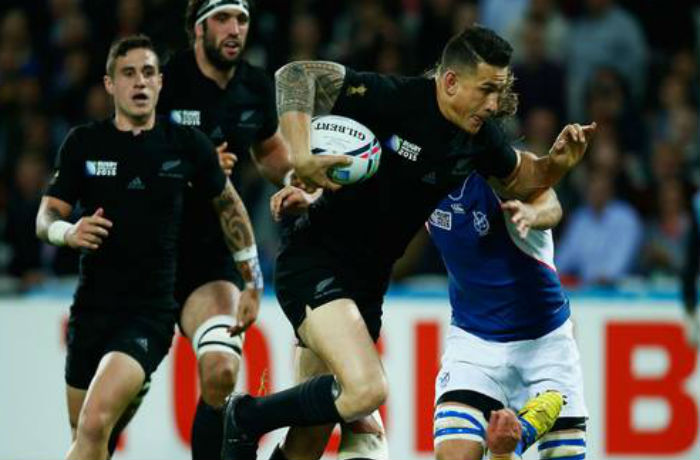 Check out SBW doing what he does best against Namibia.

All Blacks centre Sonny Bill Williams was one of the standout performers in New Zealand’s opening game against Argentina in the Rugby World Cup 2015, and the monstrous Kiwi delivered another spectacular showing against Namibia last night.

Williams was a primary strike-weapon in the 58-14 assault on the Namibians, and while the defence of the Africans was tough to crack, Williams gave them a lot of headaches with some great passing and well-timed runs.

One in particular showed his class, as he took a short-ball from flyhalf Beauden Barrett to pull in three defenders before delivering a perfect offload for centre partner Malakai Fekitoa.

Hernandez’s Skill Against the All Blacks Was Ridiculously Entertaining [Video]

The Most Incredible Try-Saver Ever? [Video]