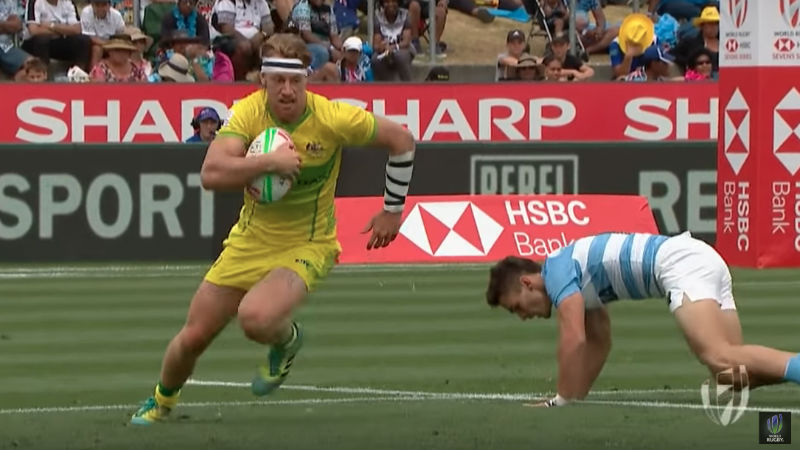 There were some spectacular tries scored at the New Zealand stop on the World Sevens Series this past weekend, with Australian speedster Henry Hutchison dotting down for one of them.

Hutchison owes his teammate Ben O’Donnel some credit though, as he sidestepped his way trhough the Argentine defence without a hand being laid on him.

Adidas Reinvents the Copas for a New Generation