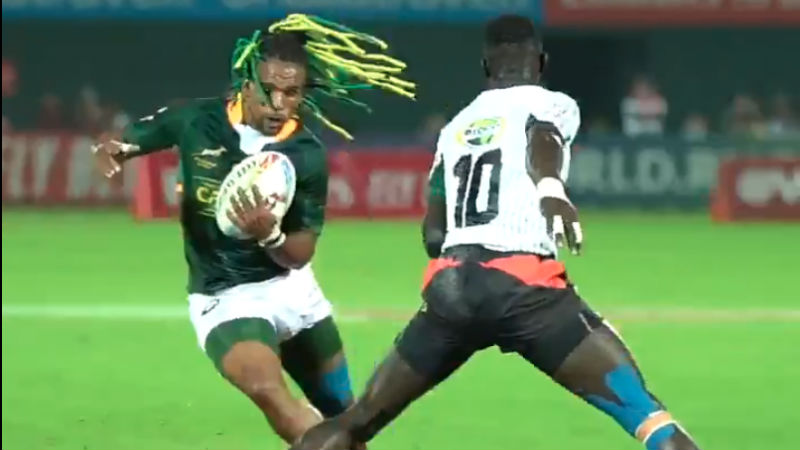 After a stint with the Bulls in Super Rugby, sevens superstar Rosko Specman has returned to the 7-man game, playing an important role in the Blitzbokke’s campaign in the World Sevens Series, kicking off this weekend in Dubai.

Some of the highlights are rolling in, and Specman is already making his return felt, scoring a brilliant try against Kenya and showcasing his stellar footwork in the process.

And another angle (in all its slow-motion glory):

The man’s a step master🕺