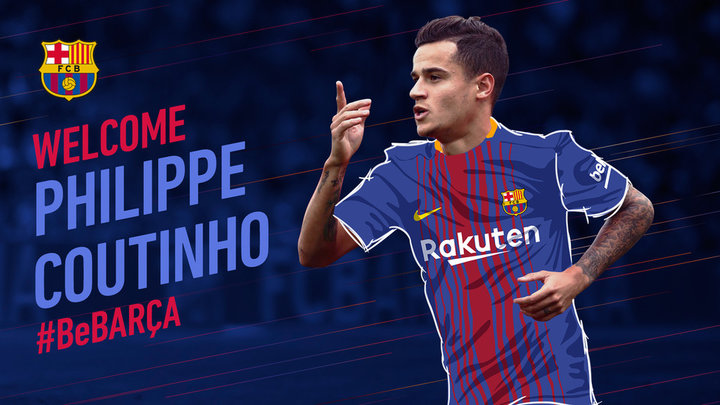 Barca bag their man in the first big move of 2018!

FC Barcelona’s long-standing interest in Philippe Coutinho has been public for some time, but it’s finally come to a conclusion this week after the 25-year-old Brazilian has swapped the red of Liverpool for the crimson and blue of the Catalan giants. His departure was worth a whopping £146m (around R2.4 billion) for Liverpool, making him the third most expensive player in the world behind Neymar and Kyliane Mbappe of PSG.

Due to Coutinho’s positional flexibility, there are question marks about where he will likely be deployed for Barcelona. A popular theory is that due to Andres Iniesta being 33-years-old and nearing the end of his time at the club, Coutinho will slot into the midfield-three as the most advanced attacking-player, replacing the Spaniard. Another possibility, however, is that he could play on the left-hand side of a front-three and fill the position that Neymar’s departure has left, since Coutinho has played on the left for Liverpool on multiple occasions. Unfortunately for Barcelona fans, though, Coutinho has a minor thigh injury that’s likely to keep him out of action for at least the next three weeks. They’re currently nine points ahead of their closest challengers in La Liga, so his absence shouldn’t affect them too badly in the interim.

A key aspect of his transfer is that due to him already participating in the UEFA Champions League for Liverpool, he is therefore ineligible to play for Barcelona in the same competition until the 2018/2019 season. This means that he’s only going to be available for Barcelona’s domestic fixtures in La Liga and the Copa Del Rey. Due to his immense cost, he’ll be under a lot of scrutiny, and he’ll need to make an impact as soon as he takes to the field. That said, if his recent form for Liverpool is any indication, he’s likely going to be a fan-favourite at the Camp Nou very shortly.

Has Barcelona invested the £200m fee they received for Neymar appropriately with the purchase of Coutinho? Let us know in the comments below and on Facebook and Twitter!