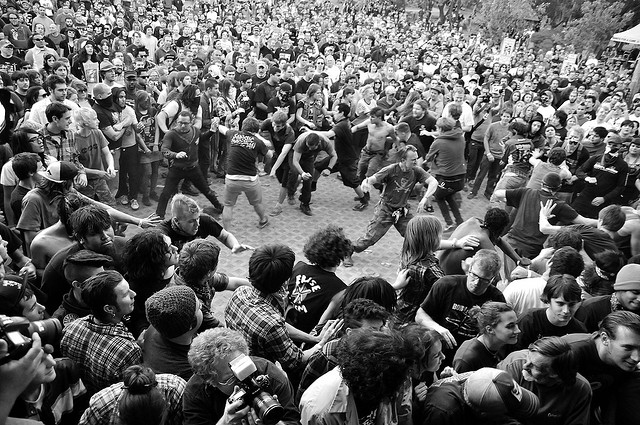 Looks like the favorite dance  move of rockers and metal-heads the world over is being banned in Boston.

The Boston Herald reports that police cited the House of Blues for a license violation because of a mosh pit that broke out during a Feb. 21 show by Flogging Molly.

Police say the dance violated safety rules and the club was cited because security did not intervene. The club has agreed to put up signs that says mosh pits are banned.

It you’re interested in seeing a massive circle pit, check the video above – In fact, just watch it – it’s insane.