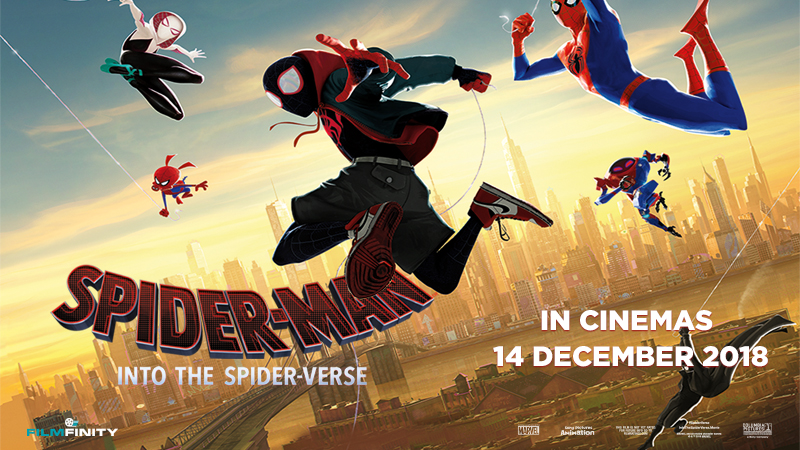 Here’s your chance to win with Spider-Man: Into the Spider-Verse!

Spider-Man fans will probably be well aware that there are numerous individuals who have taken on the web-slinging mantle over the years. Although Peter Parker is the most iconic of the lot, there are multiple others in the Spider-Verse, and thankfully, Sony’s upcoming animated adventure explores exactly that!

Spider-Man: Into The Spider-Verse predominantly follows one of the most popular ‘alternate’ Spideys: young Miles Morales, who has to do the superhero thing of juggling his teenage personal life with the trials and tribulations of being a crime-fighting superhero. Luckily, he’s introduced to the rest of the Spider-family and they help him with this adventure. Look out for lots of iconic Spider-Man characters to pop up, as well as an eye-catching animation style that brings the story to life!

To celebrate the release of the film (hitting cinemas this Friday, 14 December), we’re giving away an epic Disney Spidey hamper including:

So, how do I get involved?

All you have to do to stand a chance at winning the Disney Spidey hamper is email competitions@menstuff.co.za with the subject line “Into The Spider-Verse”, and let us know your name, contact details, and answer the following question:

Which Spider-Verse character are you most looking forward to seeing on the big screen and why?

Remember to also tweet us at @MenStuffZA or tag us on Facebook with @MenStuffZA; and also tag @SonyMoviesSA letting us know that you’ve entered!

Competition closes on Friday 14 December 2018 at 17:00. Winners will be contacted via email. One email entry per person. Please read our competition terms and conditions here.

Spider-Man: Into The Spider-Verse will hit cinemas across SA on 14 December 2018.