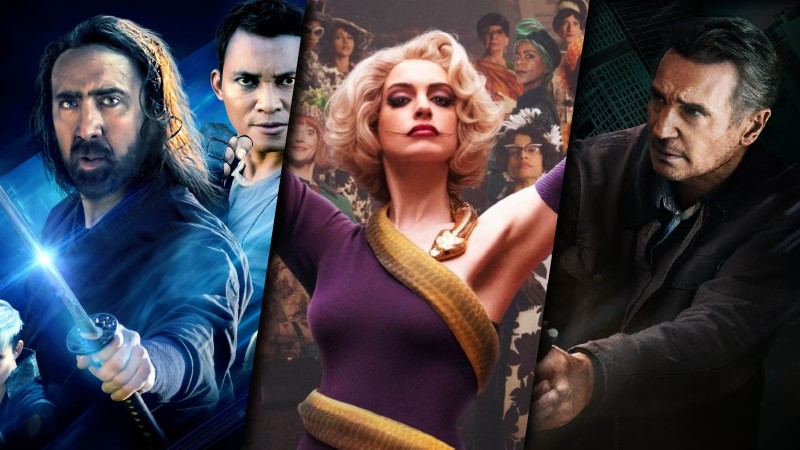 Check out the biggest movies hitting cinemas in November 2020!

November brings a handful of new movie releases for South Africans to indulge in, including a remake of a classic, another Liam Neeson action-fest, and Nicholas Cage fighting aliens.

Any child with nightmares of witches likely got them from 1990’s The Witches, which was adaptad from Roald Dahl’s 1983 novel. Well, with remakes being the new ‘in-thing’, Anne Hathaway, Octavia Spencer, and Stanley Tucci all star in a reimagining of the beloved yet terrifying story, which is directed by Robert Zemeckis and features Guillermo del Toro as a writer.

Liam Neeson stars in yet another dark, gritty action-thriller, and we couldn’t be more excited. Honest Thief follows a bank robber (Neeson) who develops a conscience and attempts to turn himself in, but realises that Feds are far more corrupt than he is, resulting in a cat-and-mouse game.

In a strange yet intriguing spin on the Freaky Friday body-swapping stroy, Freaky adds a blood-soaked twist whereby 17-year-old Millie Kessler becomes the target of a known-serial killer, and ends up switching bodies with him (because, magic). She has 24 hours to get her body back, otherwise she is stuck in a wanted murderer’s body for good. Vince Vaughn and Kathryn Newton star.

Phsychological thriller Run is directed by Aneesh Chaganty and stars Sarah Paulson (Bird Box, Glass) and Kiera Allen. It tells the story of a young girl, raised in complete isolation from the rest of the world, who finds out that her mother has been keeping a dark secret from her. It’s mysterious set-up is all you need to know for what looks like an intriguing watch.

Without a doubt, the most bizarre movie of the month (if not the year) is Jiu Jitsu. Nicholas Cage and Thai superstar Tony Jaa play two fighters, who have to work together to stop an alien race from taking over Earth using their fighting skills in jiu jitsu. To say we’re not intrigued and excited would be a lie.

Which movie release are you most excited for in November? Let us know by tweeting @MenStuffZA, posting on our Facebook page, or commenting below.