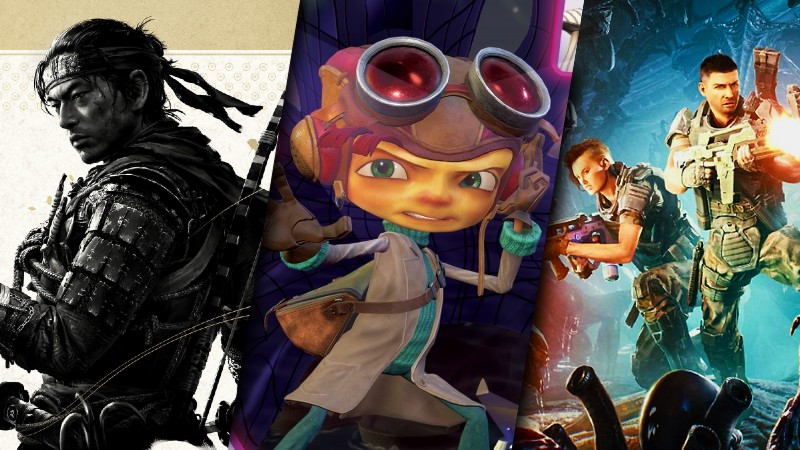 Here are the games that should be on your radar in August 2021!

The August line-up of games sees long-overdue releases from some admittedly forgotten franchises, along with some new entries into beloved universes. Check out the key games you need to keep an eye on in August 2021: 2005’s Psychonauts is a beloved cult-classic 3D platformer from the PS2 and original Xbox era, and now, 16 years later, the game is finally getting its long-awaited sequel. Psychonauts 2 sees players take control of Raz, a young character with psychic abilities, as they have to work their way through levels full of mind-bending obstacles, enemies, and challenges. The original was extremely inventive with its knack for throwing players into interesting scenarios (such as literally playing in the mind of a person), and we hope the sequel delivers more of this too. With a compelling time-loop premise, 12 Minutes is a game that should be on your radar in August. The game sees you learn that your wife is pregnant before a police officer breaks into the apartment, accuses your wife of murder, and kills her. You’re then sent back 12 minutes into the past and are given free rein to try and influence the outcome of events before they reset again. The game’s voice cast is composed of James McAvoy (Split), Daisy Ridley (Star Wars: The Force Awakens), and Willem Dafoe (Spider-Man). Arguably the best game of 2020, Ghost of Tsushima, is getting a Director’s Cut in August, which is coming to both PS4 and PS5 owners, with the latter getting a few additional extras. The spiffed-up new package includes the original game, along with the game’s first big expansion, Iki Island. This new region adds a whole new island to the map, which was also invaded by the Mongols during the same time period as the invasion of Tsushima. With Iki Island comes a new campaign, armour, mini-games, techniques and enemy types. Furthermore, the PS5 version will include Japanese lip-syncing and take full advantage of the DualSense controller’s haptic feedback,along with 3D audio. Set in the iconic Alien universe, Aliens: Fireteam Elite is a cooperative third-person survival shooter that drops your fireteam of hardened marines into a desperate fight to contain the evolving Xenomorph threat. Face off against waves of terrifying Xenomorph and Weyland-Yutani Synthetic foes alongside two players or AI teammates, as you and your fireteam desperately fight your way through four unique campaigns that introduce new storylines to the Alien universe. Create and customise your own Colonial Marine, choosing from an extensive variety of classes, weapons, gear and perks, battling overwhelming odds in this heart-pounding survival shooter experience. Following an 11-year break since the last numbered game, No More Heroes 3 gets its release on the Nintendo Switch this August. The over-the-top hack-‘n-slash sequel sees the return of series protagonist Travis Touchdown, as he returns to Santa Destroy to defend the world from an alien invasion orchestrated by a galactic overlord and his ten assassins. The game takes an open-world approach here, although the map is broken up into 5 main islands. If you’re a fan of quick combat, colourful characters, and a bizarre story, No More Heroes 3 might just be what you’re looking for.

Which game are you most excited for? Let us know by tweeting @MenStuffZA, posting on our Facebook page, or commenting below.