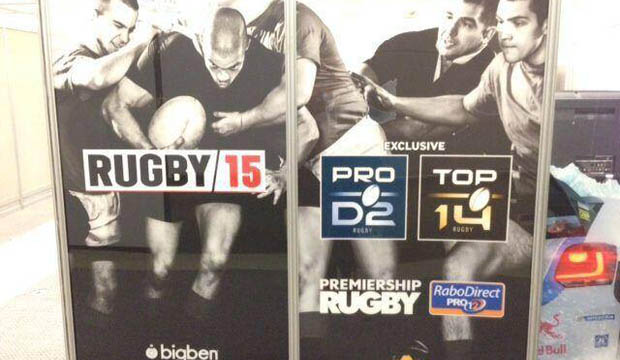 After long-anticipation, HB Studios and Big Ben Interactive have confirmed that the upcoming Rugby 15 will feature the Aviva Premiership & RaboDirect Pro12 licenses.

This means that the English clubs will be available for selection, alongside the French Top 14 and French D2 teams and leagues. The official blurb from the press release is below:

“England, the birthplace of rugby, is home to some of the best clubs in Europe, such as Leicester Tigers, London Wasps, Saracens and Harlequins. The Aviva Premiership Rugby seasongathers the top twelve English clubs to play 22 rounds of matches, with each club playing each of its rivals home and away. The top 4 teams at the end of the season enter the play-offs, held throughout May. RUGBY 15 will include the official teams, players, kits, specific rules and scoring system of the Aviva Premiership.”

The game is also being showcased at E3 Expo in Los Angeles for the first time, and the first image (below) of the logo, artwork and licenses was revealed.