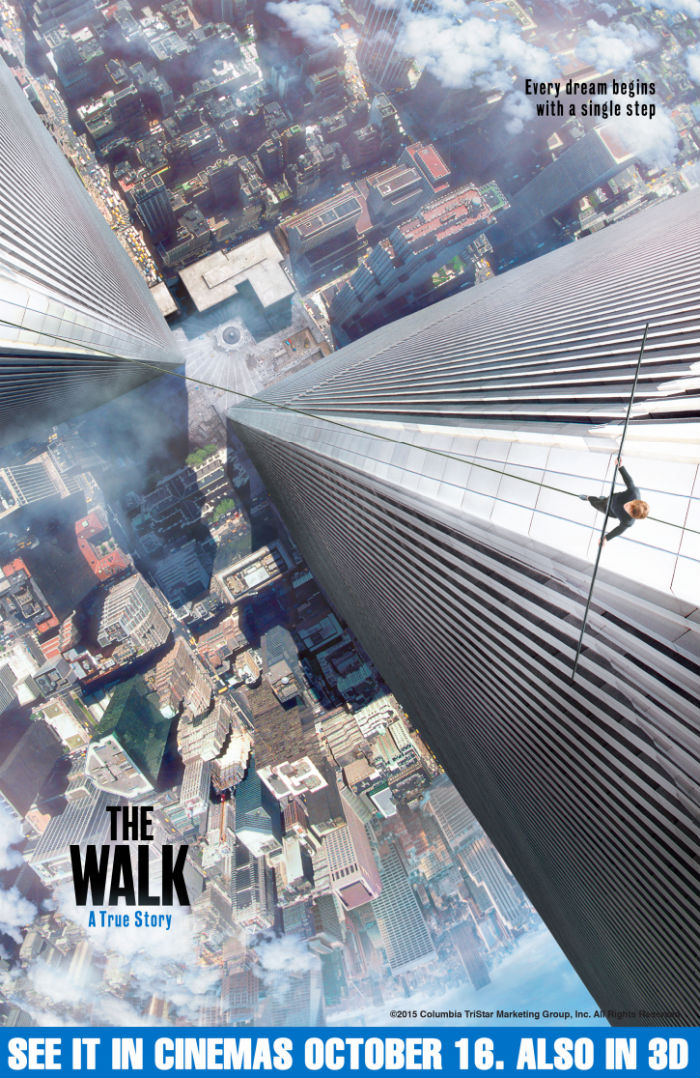 To celebrate the release of The Walk, here’s a chance to win with MenStuff and Casio.

Dreams – we all have them. Making them a reality is something that only a few who have the bravery attempt. Philippe Petit, the iconic high-wire artist, is one such man who took a daring and life-threatening risk to achieve his dream, and it’s also fair to mention that Petit nailed his dreams with unparalleled style and grace.

Petit was the focus of the documentary, Man on Wire, which explored the victimless crime which captivated the world; but now the legendary dream-chaser’s story is being told on the big-screen thanks to the talents of visionary filmmaker Robert Zemeckis (Forrest Gump, Back to the Future) and highly-acclaimed actor Joseph Gordon-Levitt (The Dark Knight Rises, Inception), who are bringing The Walk to South African cinemas on today, Friday, 16 October.

The film explores Petit’s (Gordon-Levitt) aim to walk in the immense void between the World Trade Center towers. Guided by his real-life mentor, Papa Rudy (Ben Kingsley), and aided by an unlikely band of international recruits, Petit and his gang overcome long odds, betrayals, dissension and countless close calls to conceive and execute their mad plan.

The film uses cutting edge technology in the service of an emotional, character-driven story. With innovative photorealistic techniques and IMAX 3D wizardry, The Walk is true big-screen cinema, a chance for moviegoers to viscerally experience the feeling of reaching the clouds. The film, a PG-rated, all-audience entertainment for moviegoers 8 to 80, unlike anything audiences have seen before, is a love letter to Paris and New York City in the 1970s

If the release of The Walk is not awesome enough, Casio has decided to share some of its gorgeous and ambitious creations with some lucky fans. There are 2 Casio Edifice watches up for grabs. All you have to do to is email competitions@menstuff.co.za and correctly answer to the following question:

QUESTION: What impossible dream would you like to make a reality? Remember to include your own name and contact details, so that we can contact you if you win (duh).

Also, stay up to date with the latest Casio news by liking Casio SA on Facebook.

5 Best Dinosaur Movies Ever Made