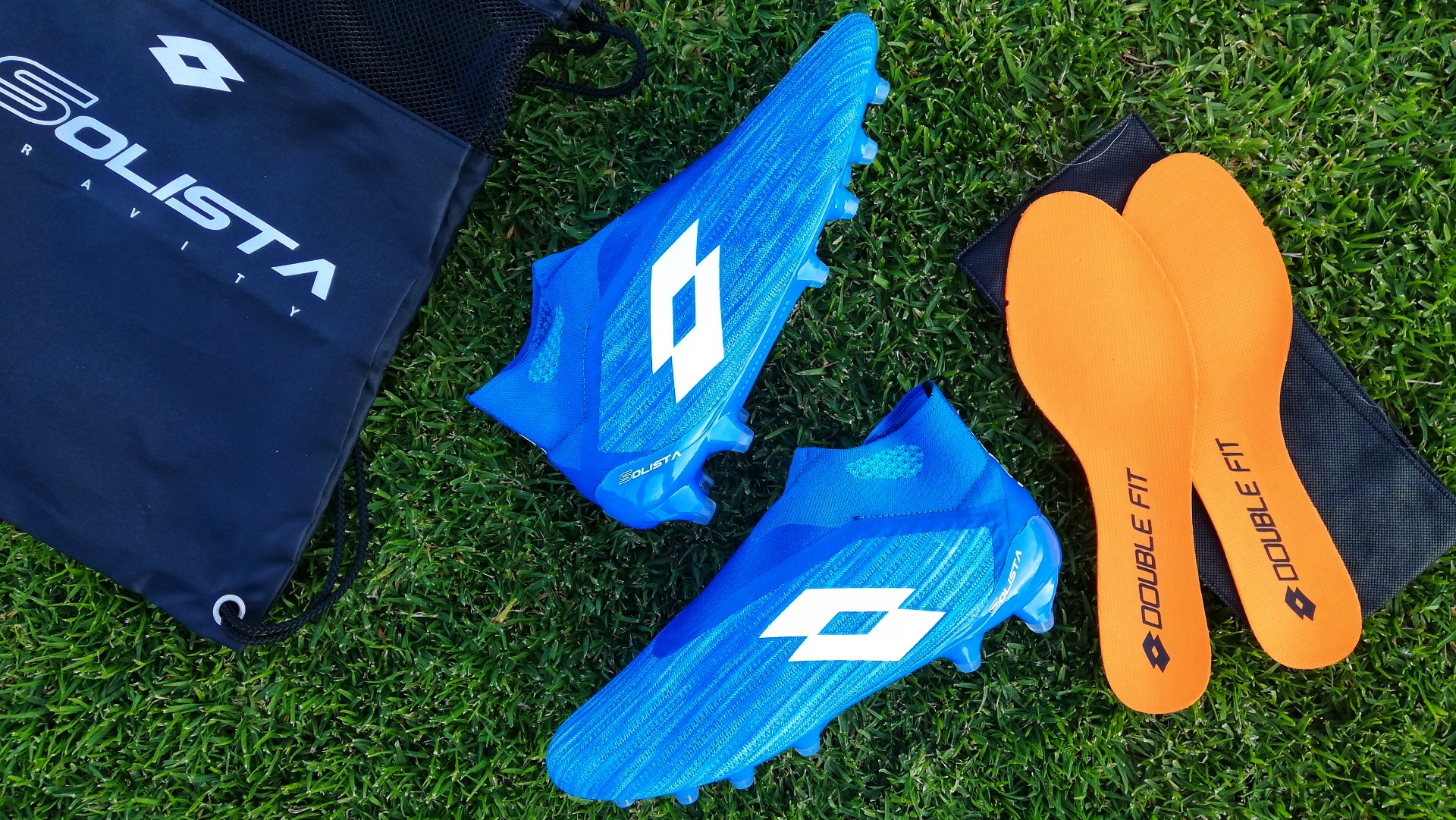 Is Lotto’s laceless entry too late in the boot market?

The Lotto brand isn’t extremely common in South Africa. Admittedly, when looking at the footwear of most soccer and rugby clubs, you’re most likely to find a swoosh, three stripes, or the big cat on the boots of players; but one of the most beloved brands in Europe is that of Lotto. The Italian company has its feet firmly planted in SA, but their boots aren’t often seen as top-tier options. It’s a shame, though, because Lotto is (and has been) producing some of the best boots in the world at a price-point far more appealing to most people.

The Lotto Solista 100 III Gravity is one such boot, and, despite the mouthful of a name, is a superb boot both in function and design — appealing to both purists and those looking for some new-age tech with their on-pitch footwear. Upon an immediate look at the boots, it’s hard not to notice that they’re laceless, and well, look kind of like Adidas’ laceless Predator line-up. However, Lotto was actually the first company to dabble in the laceless football boot world over a decade ago, and after straying away from it, have returned with a refined and reinvigorated take on the streamlined, laceless silhouette.

Therefore, the Solista 100 III Gravity is Lotto’s renaissance into the laceless boot market, and while there is a laced option (which drops the ‘Gravity’ from the naming convention), Lotto has done some interesting things to ensure that these versions aren’t just innovative, but also fit well.

How do you ensure a good fit with a laceless boot though, without, you know… laces? Well, included with the boot is a second pair of insoles with a thicker construction, so if the standard fit of the boot is still not up to your tight and snug standard, the thicker insoles can be inserted, therefore reducing the volume in the boot, and making them fit a bit tighter. I didn’t find the need to use the second insoles, but the fact they’re there is a nice touch and clever thinking from the Italian brand. As for the boots themselves, you get a very soft knitted synthetic upper, which is fully wrapped around the upper to provide a one-piece construction. This firstly looks good, as there are no bumps or crinkles where any material would be sewed together, and it feels great, as you get a smooth and streamline sensation on your foot. Of course, there is a knitted collar that is attached, which is quite elasticated and gives your ankle a soft hug. It’s not the tightest of collars, and movement of your ankle when pushing off will open a small gap at the back, but overall it’s a very comfortable element that fans of that sock-like sensation will appreciate.

Width-wise, the boots are a little narrower than other speed boot options from the other brands, but anyone with a normal-sized foot should fit into them with ease; and even if your feet are right up against the upper, it’s so soft that it would barely be noticeable. They’re extremely light too, despite maybe not looking very light, which is great, as most speed boots tend to cater for the slimmest of feet, whereas the Lottos are a little more welcoming to those with wider foot-shape. On the flipside of the boot, you have a relatively interesting outsole thanks to a very flexible soleplate, which still has enough rigidity in the midsole and heel to give you stability. The stud configuration is essentially all-conical, with an additional stud on the lateral side (outside of your foot) to give you more stable angle changes. The round studs do have a small cutout in them, almost resembling a Pac Man design) too. These boots definitely have a little more bite than something like an artificial ground (AG) boot with all conical studs, but for the most part, they feel the same as something like a Nike Tiempo, and provide enough manoeuvrability to pivot and rotate in the ground, which is a good thing. They may not have the out-and-out aggression of something like a Mercurial Vapor, but for players who like a little bit of agility with their running, they’re a great (and safer) option.

While looks aren’t necessarily important, the Solistas do make a statement. Their slick, mid-cut look combined with what Lotto calls ‘Diva Blue’ makes them look somewhat futuristic, but due to the lack of too many bells, whistles, and sharp contrasting tones in the colourway, they’re subtle and classy to the eye. It’s hard to fault the Lotto Solista 100 III Gravity. It’s a fantastic laceless football boot, and while it doesn’t give you the full customisation options that a lacing system does, it’s halfway there thanks to a very dynamic fit and cleverly-implemented interchangeable insole system. Add to the fact that you get a responsive, lightweight performance factor with a stud layout that’ll appeal to almost anyone, the Lotto Solista 100 III Gravity could just be the best, overlooked boot on the laceless market.