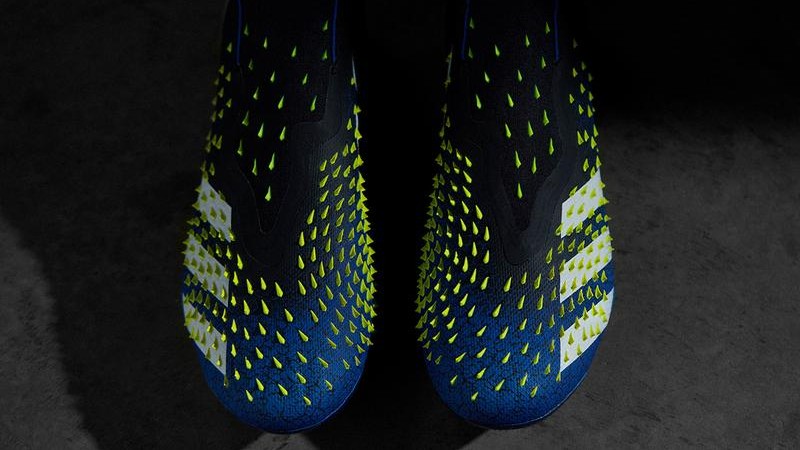 Has Adidas perfected the Predator or gone a little too far?

The Adidas Predator Freak+ is easily the most eye-catching, out-there boot ever created, full of the latest boot technology and some features which, quite literally, stand out; but is the Predator Freak+ something that you need on the pitch?

When it comes to football boots, the current market is seeing a lot of somewhat experimental elements being added to the various brands’ releases. From high-cut sock collars to unique new woven materials being used, the diversity of what’s on offer is getting greater and greater, and Adidas approach is the culmination of many of these exploratory philosophies. Last year’s Predator Mutator saw the German brand add some tiny rubberised spikes to the upper of the boot, which admittedly, looked pretty awesome and delivered a notable grip and ‘stickiness’ when controlling the ball. That said, there was some professional and amateur feedback which Adidas took into account when tweaking the design for this year’s Freak+.

First and foremost, it’s almost impossible not to talk about the spikes from the get-go. The Freak+ has evolved the upper of the Mutator, but in doing so, gone for less spikes, but a different layout. The Freak+ features less rubberised grips on the toe-box, medial and lateral sides, and upper area, but they’re larger, more pronounced, and accented with luminous yellow colour. How do these feel? There is no doubt that the rubbersied spikes provide a bit more ‘grab’ on the ball when pulling a ball towards you or sliding it out with the lateral side of your foot. Furthermore, when receiving a pass, the rubber managed to absorb a lot of the impact, making controlling a long lobbed cross or harder pass a lot easier. It’s not going to reinvent the wheel, but if you’re one of those players that has always felt a little more bite on the ball could help your dribbling and control, these are for you.

While the Predator Freak+ looks and feels unlike anything before it, there is a hint of nostalgia that longtime Predator fans will spot. The blue base and white wrapping-stripes will undoubtedly bring up memories of the 1998 Predator Accelerator and 2000 Predator Precision, and this was intentional, as the Freak+ is supposed to pay tribute to the boots that came before and inspired it. The 2000 Predator Precision, which also saw a remake recently, and also inspired the Freak’s design.

It’s hard not to be wary of laceless boots, as ditching any laceless system will always come at a sacrifice for lockdown. However, while other laceless models from various other brands do feel a bit ‘loose’, the Freak+ admittedly feels incredibly snug, with the lockdown being as good as a well-tied boot. The elasticity of the upper is incredibly firm and keeps your foot attached to the soleplate even when cutting or pushing off. A slight lift in the heel is noticeable, but it’s nothing you wouldn’t feel in any other boot. Of course, with the sheer tightness of the fit comes the challenge of getting them on. It’s a double-edged sword that Adidas has been dealing with since the introduction of laceless models. On one hand, you have to make sure they’re as snug and tight as possible as to replicate the firmness of strong lacing, but on the other hand, they still need to be easy to get on. Thankfully, Adidas has changed up the sock collar from the Mutator a bit, this time splitting it into two parts (similar to the collar on the Nemeziz 18.1) to allow you to create a wider opening when getting your foot in. Does it work? Kind of. It’s definitely a bit better than the Mutator, but there’s no denying that is still is a somewhat tricky boot to get on. The notably elongated heel tab at the back (almost resembling the tail of an exotic bird) helps pull your foot into the heel, but the length of that tab feels a little superfluous on its own.

If it ain’t broke, don’t fix it

While the Freak has received some big changes all around the boot, the stud pattern and layout remain pretty much identical to that of the Mutator, which isn’t a bad thing. You get the semi-conical, tear-shaped studs which provide enough rotational movement for pivoting, while also having enough bite for cutting and angle-changes. It’s a solid design and works well for almost any player. You have to commend Adidas for pushing the envelope with the Predator Freak+. They’re without a doubt the most ambitious and experimental boots on the market at the moment, and even though the rubber spikes could be seen as a gimmick (they do work though), the boot itself is still sublime. The soleplate is solid, the upper material is lightweight and soft, and they still have that Predator ‘feel’ to them. They might put up a small fight to put on and the heel tab is unnecessarily high, but the Predator Freak+ is certainly a boot to keep an eye on this season.