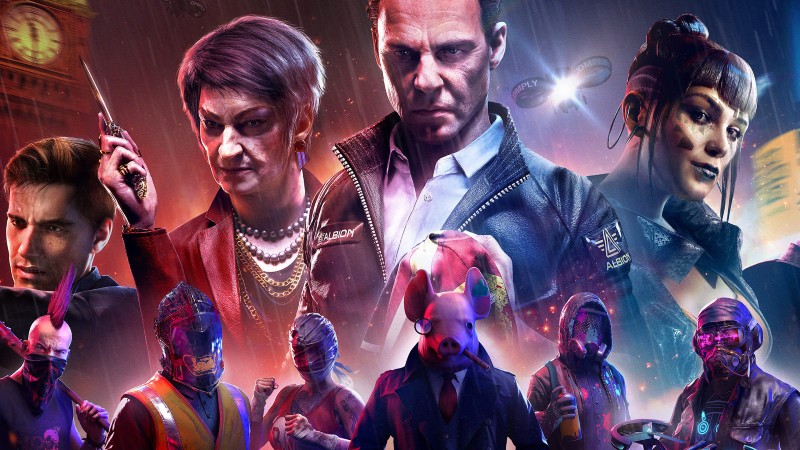 Cyber-crime, dubious artificial intelligence, and overbearing surveillance is only the tip of the ice-berg with Watch Dogs: Legion‘s hack-’em-up adventure, which, releasing in a time where the world is under somewhat of a global lockdown, couldn’t be more relevant and uncomfortably familiar.

While previous instalments have built a story around the idea, Legion fully embraces the theme of taking technology a little too far and the private industry control which comes with it, and in turn, its effects on not only one hero, but everyone. Hence where Legion‘s ‘play as anyone’ gameplay hook comes in, allowing you to recruit anyone in the beautifully-detailed cyberpunk-esque London to fight alongside the hacktivists, DedSec. The promise of ‘play as anyone’ may have seemed overly ambitious (and to some degree, it is), but generally it works. Thanks to the ability to recruit anyone, gameplay is extremely dynamic. Whether you recruit an enemy guard, accountant, or old lady, each usually requiring a quick mission or favour to get them on-board, their abilities and perks are different. For example, getting a hacker on the team will speed up your hacking time, whereas a police officer will help reduce your team’s jail-time if they get nicked!

These differences also extend to the animations and style of combat, which is half the fun. While a middle-aged marketing executive might fumble through a takedown, a hitman will wrangle a neck with John Wick-style furosity, and it’s fun to experiment and find the style that works for you — whether goofy or effective. The funny thing about the system is that its Legion‘s biggest draw and Achilles heel, because while it services the gameplay to being diverse and dynamic, it dilutes the emotional weight of the narrative. Surprisingly, the story isn’t just about sketchy tech companies, as it does dive into the moral right and wrong of the world, and in that regard, the spirit of the first Watch Dogs is there.

Missions where you’re uncovering underground criminal dealings, slimey businessmen, and shocking revelations are great; but when the faces of who you’re playing as keep changing (and with the voice-acting not always coming off how it should), it begins feeling more like an MMO of random NPCs than a story with a relatable hero and a punchy narrative. It’s unfortunate, because some of the game’s moments are genuienly haunting, but when you’re in the cutscene as the janitor you recruited 5 minutes prior, it all seems a little out of place.

Furthermore, many missions and scenarios require you to take control of a Spider Bot and crawl around and attempt admittedly-imprecise platforming sections, and they’re not fun. Thankfully, most missions do give you an option to approach it as you’d like, which is one of the great things about the franchise, and while it is a hack-’em-up Watch Dogs game, going in guns-blazing or using inventive parkour-based stealth is way more enjoyable. This mish-mash of Ubisoft combat, stealth, and world mechanics does make the game feel like somewhat of a Frankenstein monster of all the company’s best bits, and while it does feel like too much is going on at times, when it works, it really works.

Watch Dogs: Legion proves that too much choice is not always a good thing. But to the game’s credit, Legion is incredibly dense and layered, and not only in the world design, but how all the characters operate within it, and that can’t be underappreciated. There’s no other game currently like Legion, and in that aspect, it delivers something that gamers should find novel, but of course, with all the characters and dynamic systems, certain things do fall by the wayside.